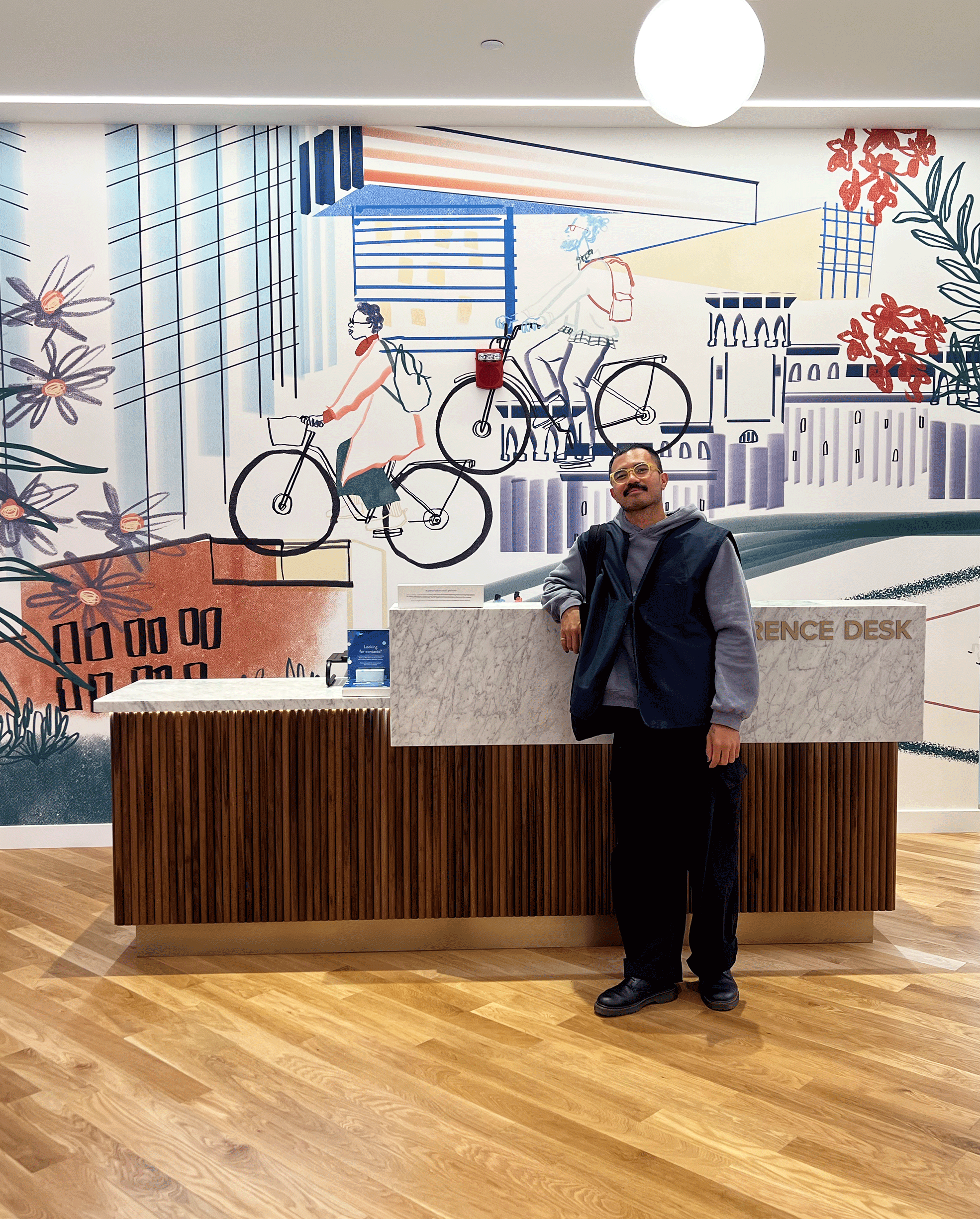 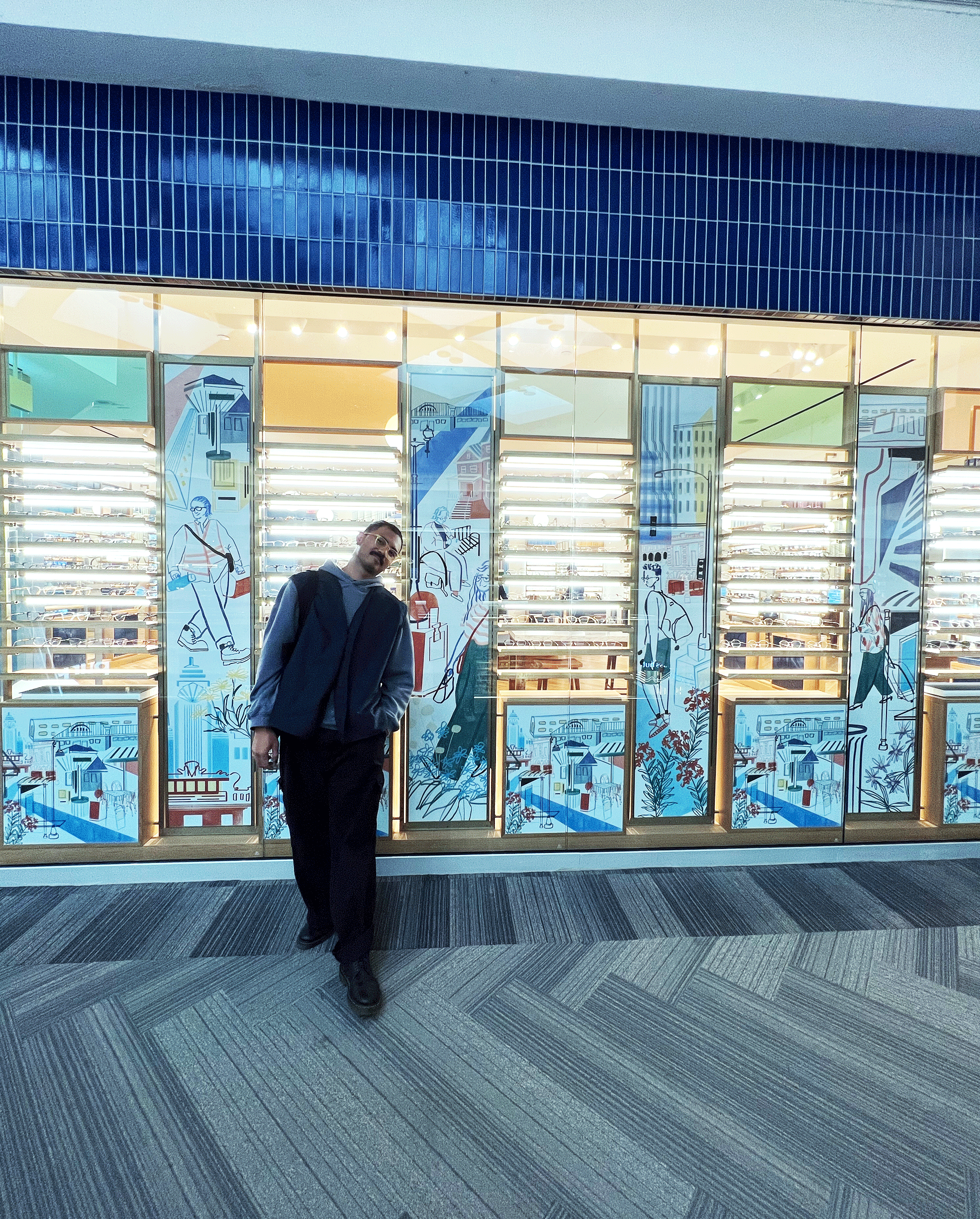 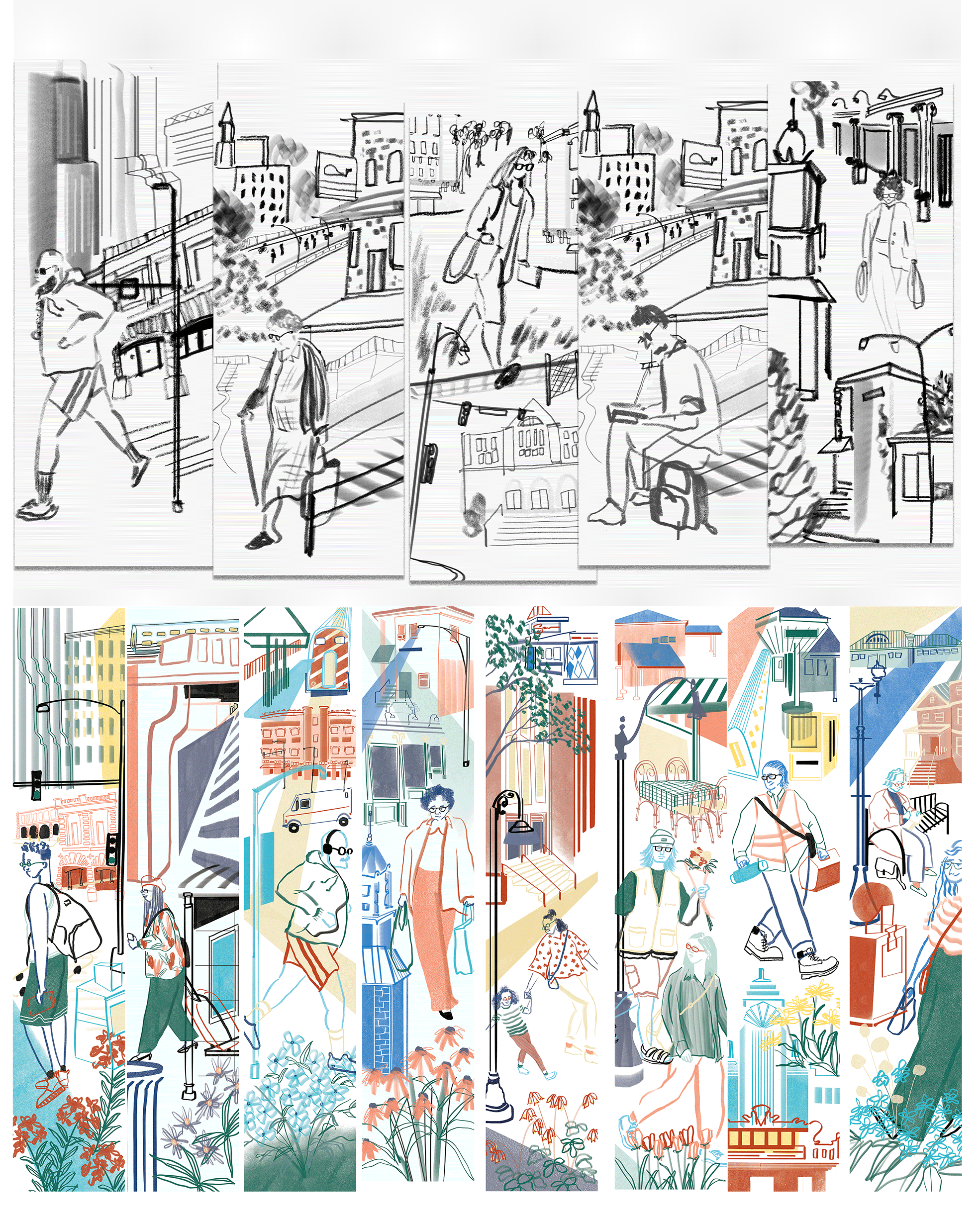 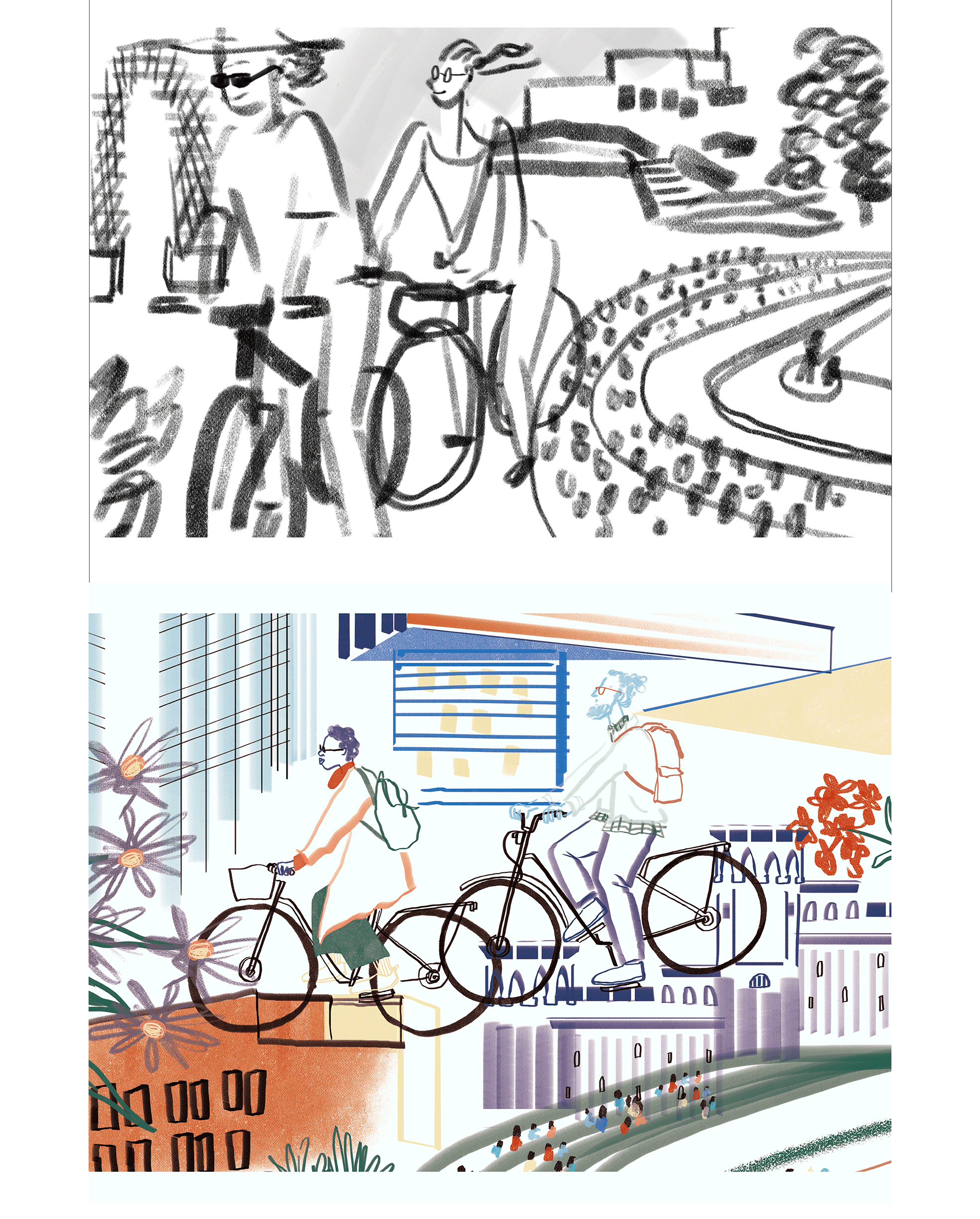 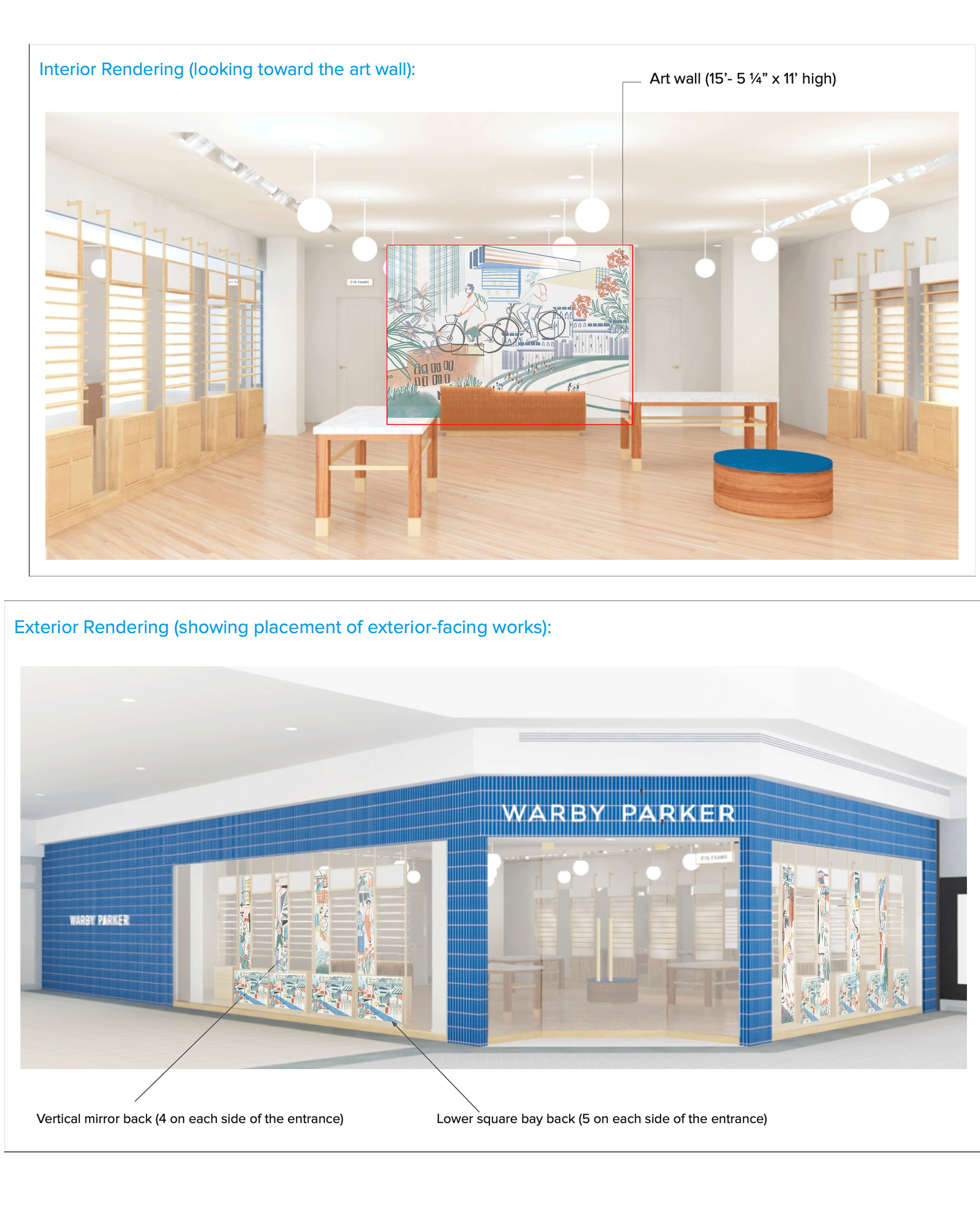 Angelo was commissioned to design ten illustrations to be used as murals at a new Warby Parker store in Schaumburg, Illinois. One illustration is for the main wall of the store, one for a secondary wall and the rest of the eight illustrations were for eight different vertical panels that can be seen through their window display.

The goal of the illustration was to convey a love letter to the city of Chicago, being the neighbouring city to Schaumburg. When Angelo thought of love that you feel for your city, he thought of the times when you’re in transit, sitting on a train or bus and looking out the window and admiring the architecture. The journey from Chicago to Schaumburg on public transit includes a train ride. Amazingly, that train ride included eight stops and he wanted to use each stop as the inspiration for each image for the eight vertical panels; showcasing the architecture, landmarks and recognizable aspects of the train stop itself with characters in each one. The main illustration will be a similar composition with architecture and landmarks of Schaumburg with two characters on their bike.

His goal was to convey movement, community and adventure within the images. He liked the idea that every small detail is a true Chicago element. A proper love letter to the city.