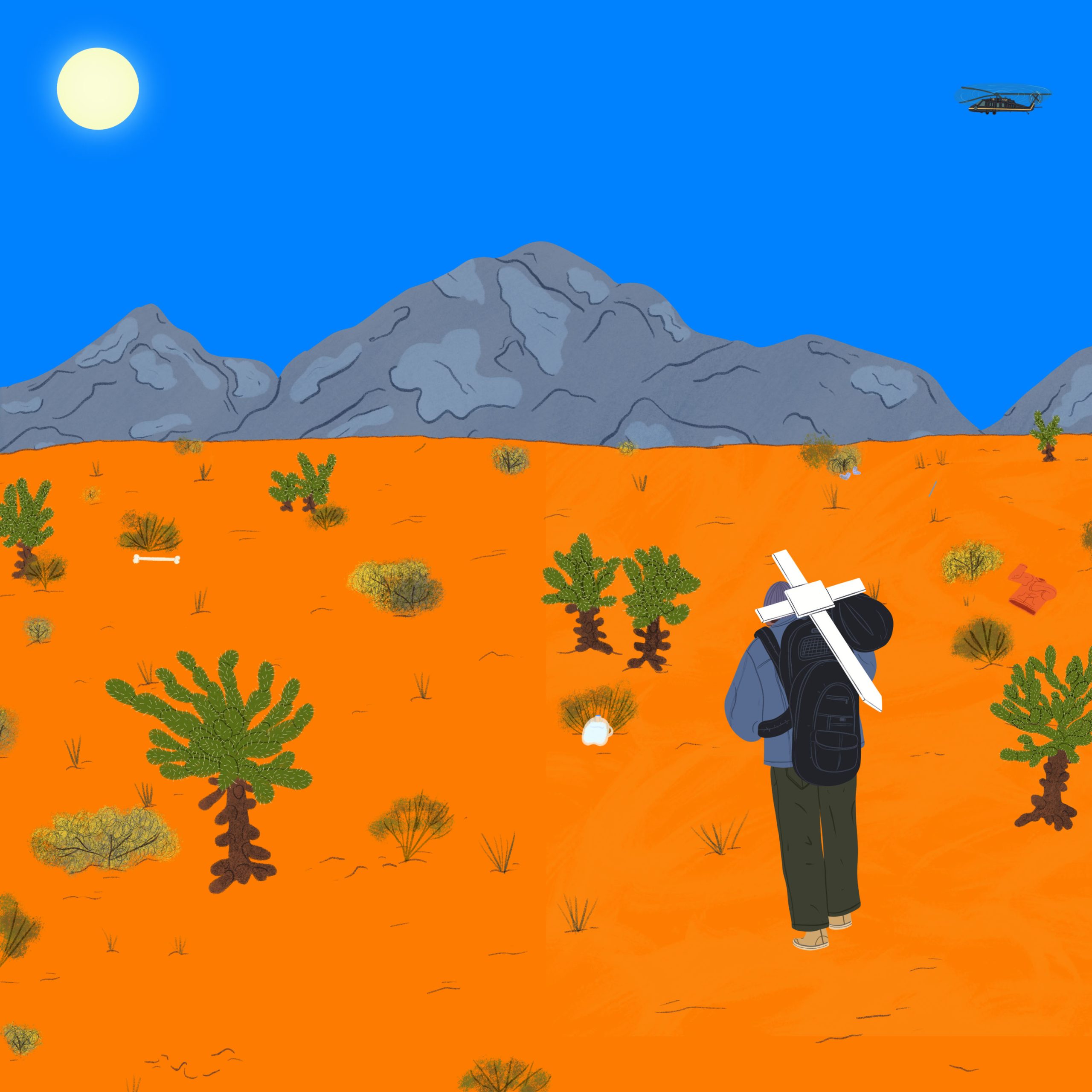 Iliana Galvez was asked to illustrate this piece for Futuro Media’s Death by Policy: Crisis in the Arizona Desert Podcast.

U.S. Border Patrol prides itself for its search and rescue efforts of migrants crossing the SW border, for which they receive millions in funding. Instead of saving them, the agency’s decades-long deterrence policies have placed migrants in greater danger, pushing them to cross in more hostile terrain such as the Sonoran Desert in Arizona. As a consequence, more migrants are dying now than when Border Patrol’s deterrence policies were established beginning in 1994. Federal data shows that since 1998, Border Patrol’s Tucson Sector has had the most recorded deaths out of the agency’s nine SW sectors. However, Tucson isn’t the sector where the most rescues are conducted.