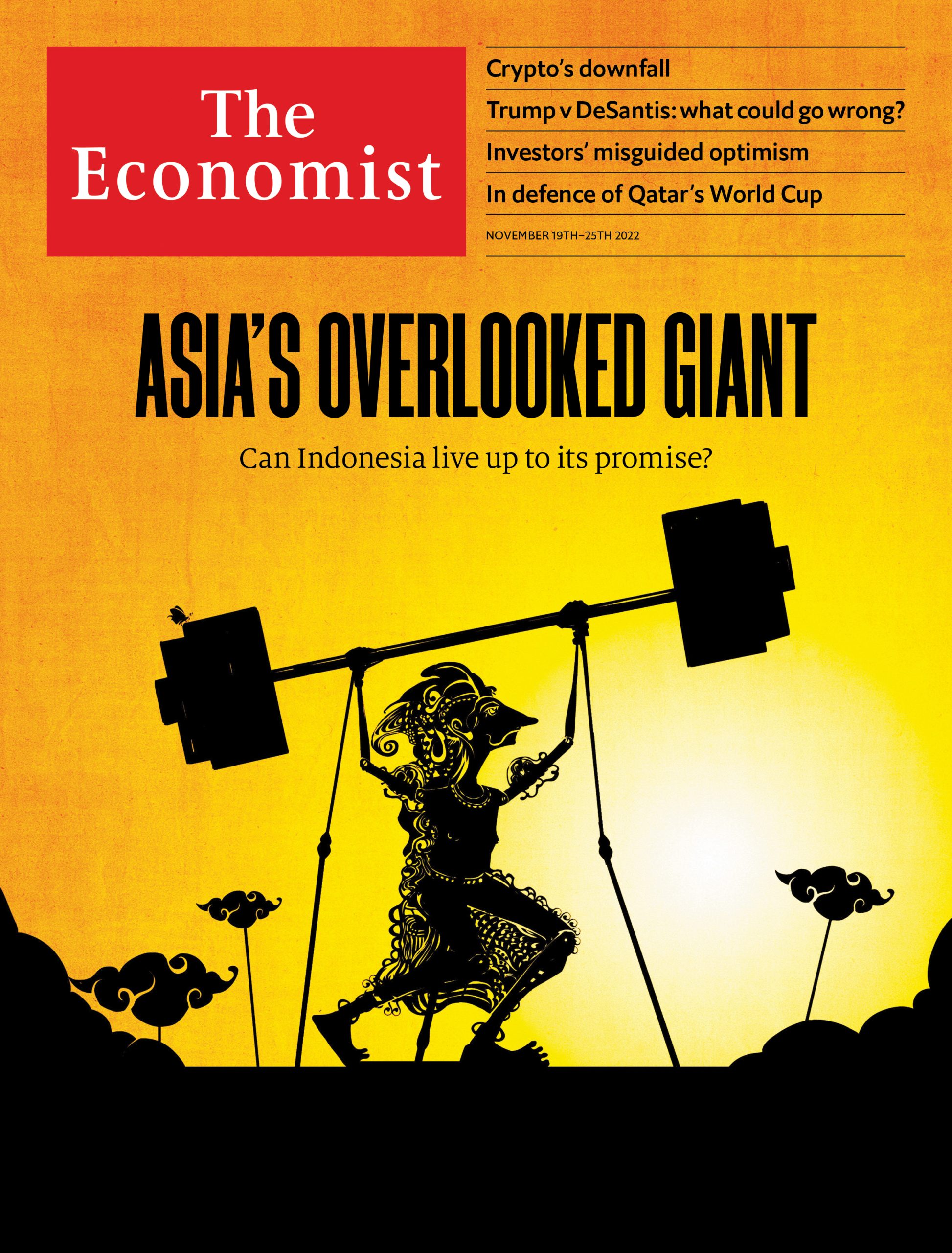 ASIA’S OVERLOOKED GIANT
Can Indonesia live up to its promise?
Andrea Ucini was asked to illustrate the US issue of this week The Economist about the Indonesia’s come back on the map. In the next decade it will only become more important.

This week’s g20 meeting took place in Indonesia, the most important country that people routinely overlook. The last time its economy and politics were in the global spotlight was during the mayhem of the 1990s when a crony-capitalist system collapsed amid the Asian financial crisis, causing the fall of the 32-year-long dictatorship of Suharto.

For the Economist
AD Graeme James