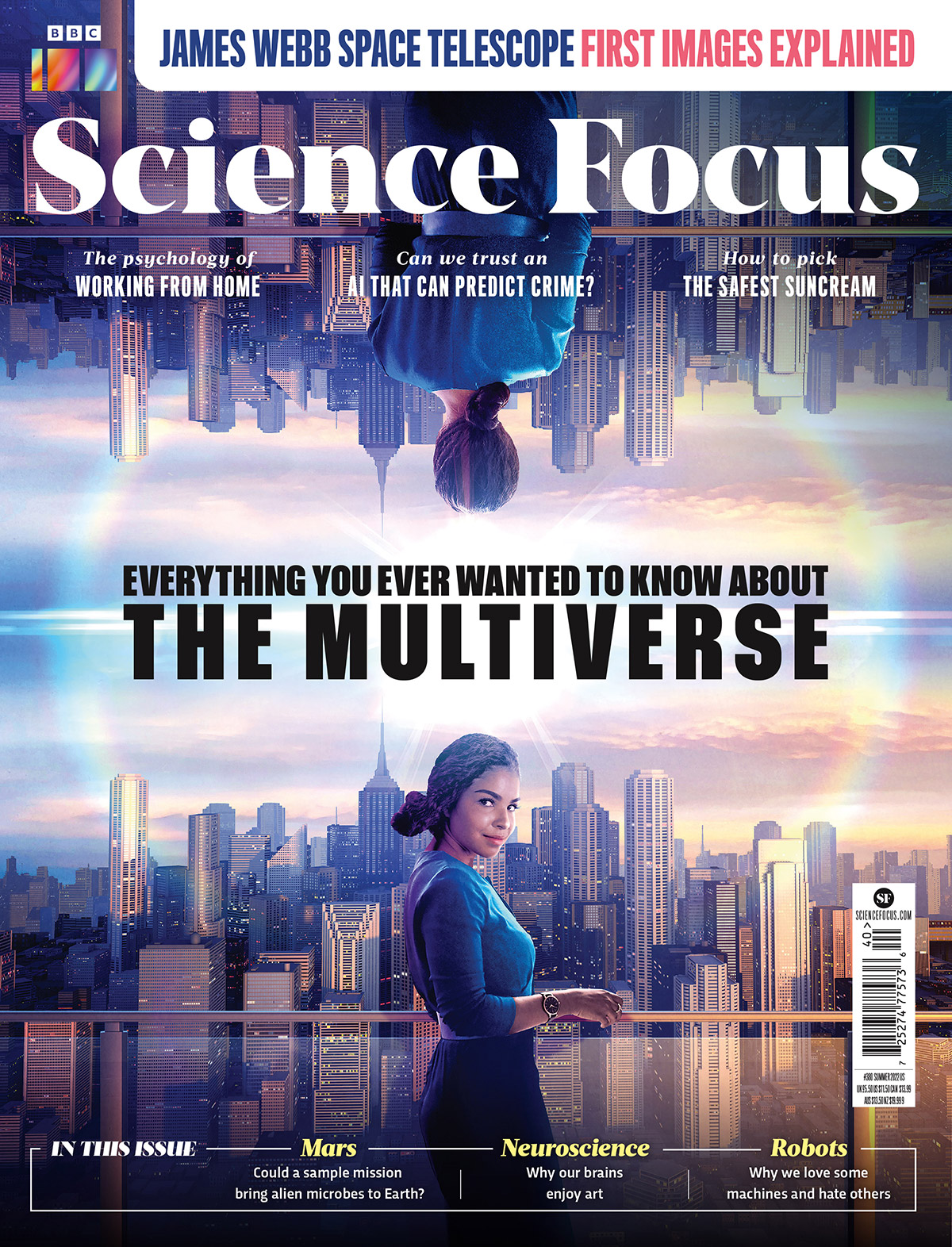 Andy Potts had created a new cover illustration and Apple News animation for BBC Science Focus on the popular notion of the ‘Multiverse’. Andy was initially briefed with the idea of a mirrored cityscape and introduced a figure to the scene, with one turning to look at the viewer, showing a subtle difference in the ‘verses. A 3d city model was used for the backdrop, which came in handy for the animation that moves towards the towers to create a loop. Everything was put together with Cinema 4D, After Effects and Photoshop.