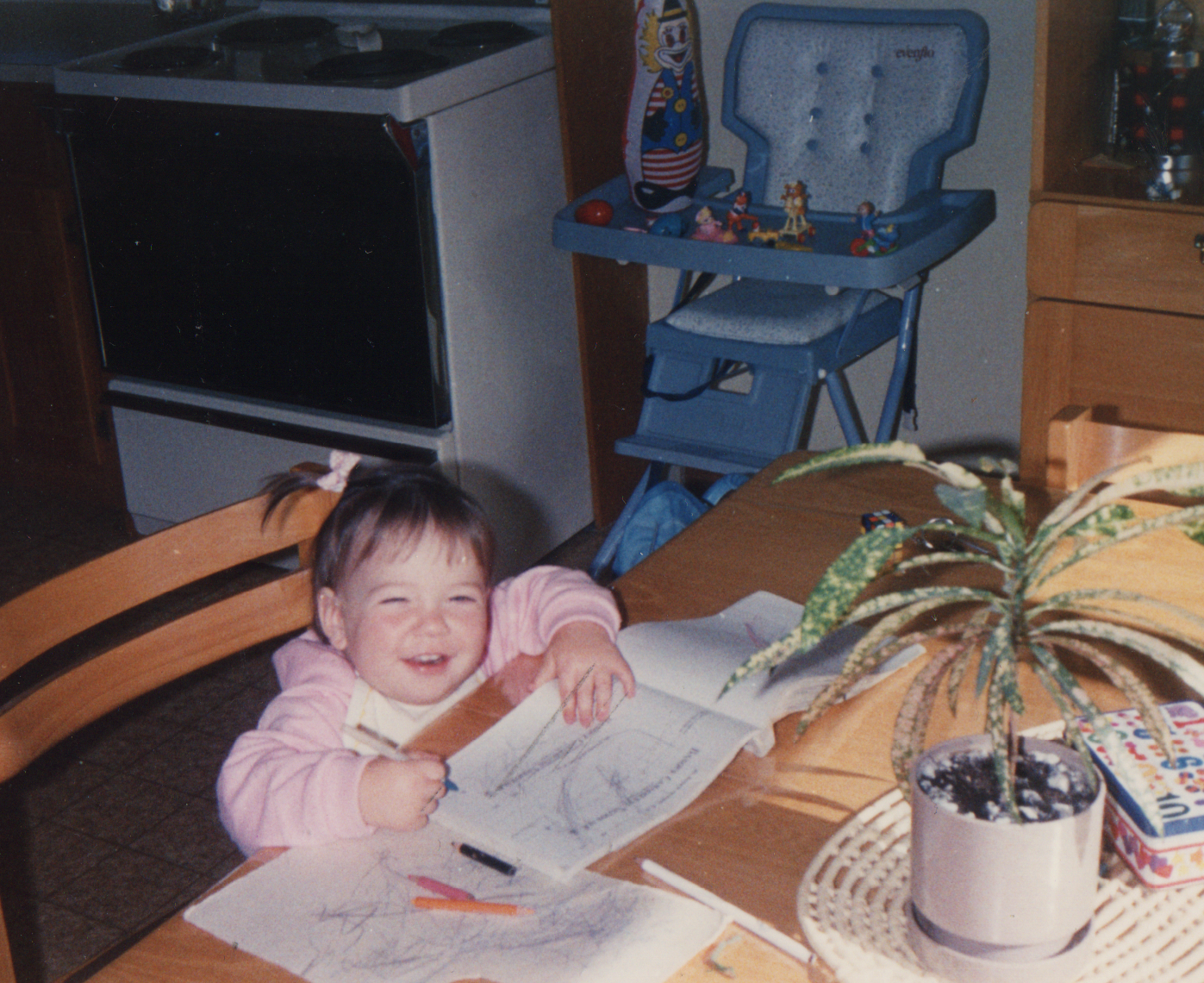 For as long as I can remember – and my parents can confirm – I’ve always wanted to be a designer of some sort. A book illustrator, a dressmaker, an animator or a graphic designer. In primary school, I would befriend other children by trading tips on how to draw the perfect princess dress or because we had the same taste in coloring books. Each year as a child, I would win a drawing contest either for the school calendar, the newspaper or something organized by the national bank. I was a very shy person with low self-confidence but not in this aspect. I was blessed by parents, relatives and friends who kept feeding my belief that I could make a living as an artist through all of my awkward drawing eras. 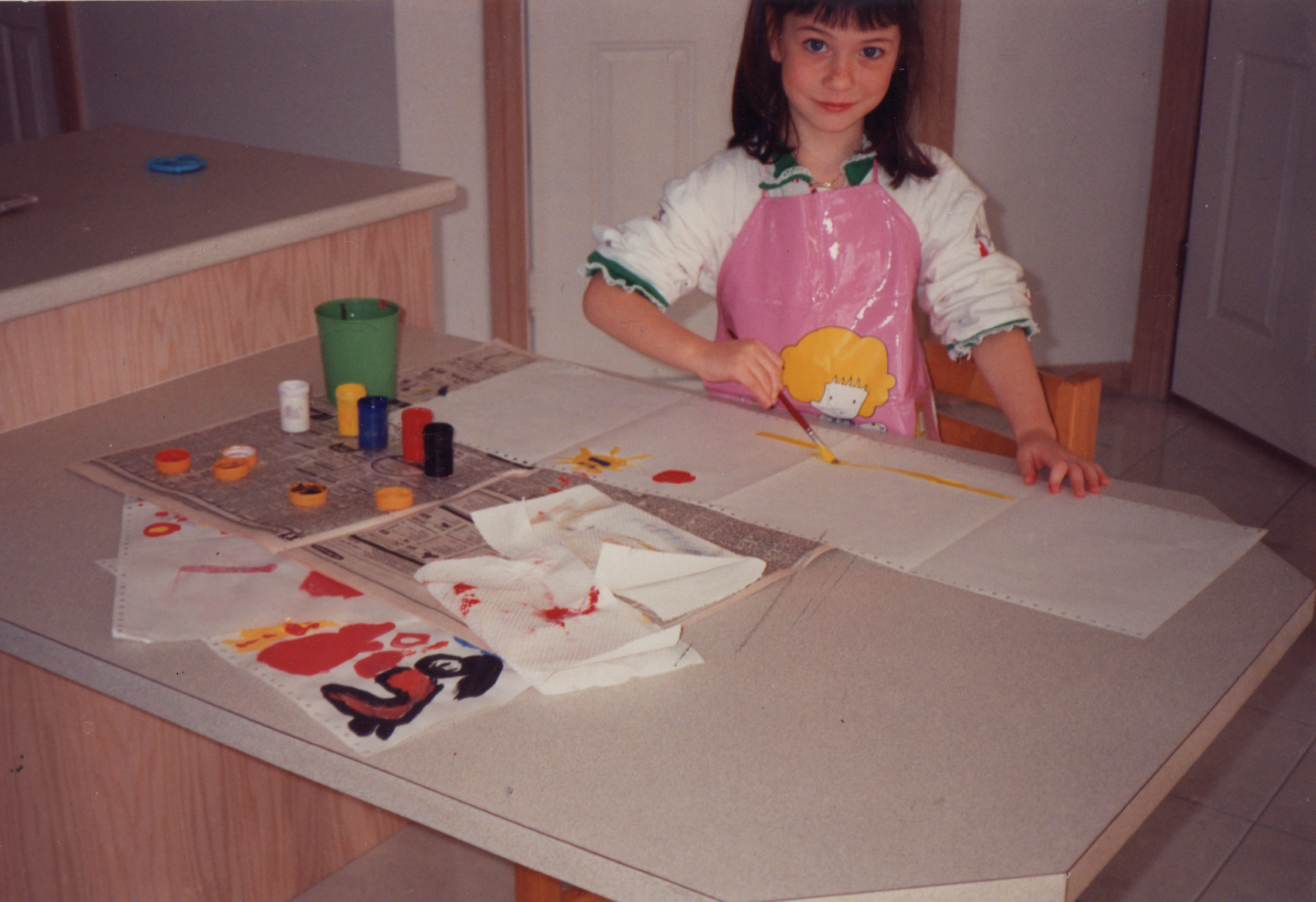 As I grew older, I moved into a dorm in Montréal where I studied graphic design in Cégep. I remember buying one of my first expensive coffee table books at Urban Outfitters, Taschen’s “Illustration Now! Vol.1” with Gary Baseman’s work on the cover. That’s the moment I realized illustration was actually a real job, but also a hard one to get into in Montréal in the mid-2000s. I would post my work on Flickr and befriend other illustration students around the world who lived in countries where illustration was more recognized at the time (mostly the UK and the US) and ask them for advice, thinking I might need to move abroad if I wanted to make a living out of what I love. In the mid-2000s, photography reigned over illustration and most people were not on social media all day looking at random stuff. I felt very alone with my own career dream. There were a few successful lucky illustrators in Montréal, who I would ask for advice. They had agents, which convinced me this was the key to earning a living doing this. It quickly became a goal of mine to find someone to represent me. Of course, I knew of Anna Goodson Illustration Agency through one of the illustrators I asked for advice. That illustrator had specified that it was only for the very best and it was almost impossible to get into. Their comment stuck with me. 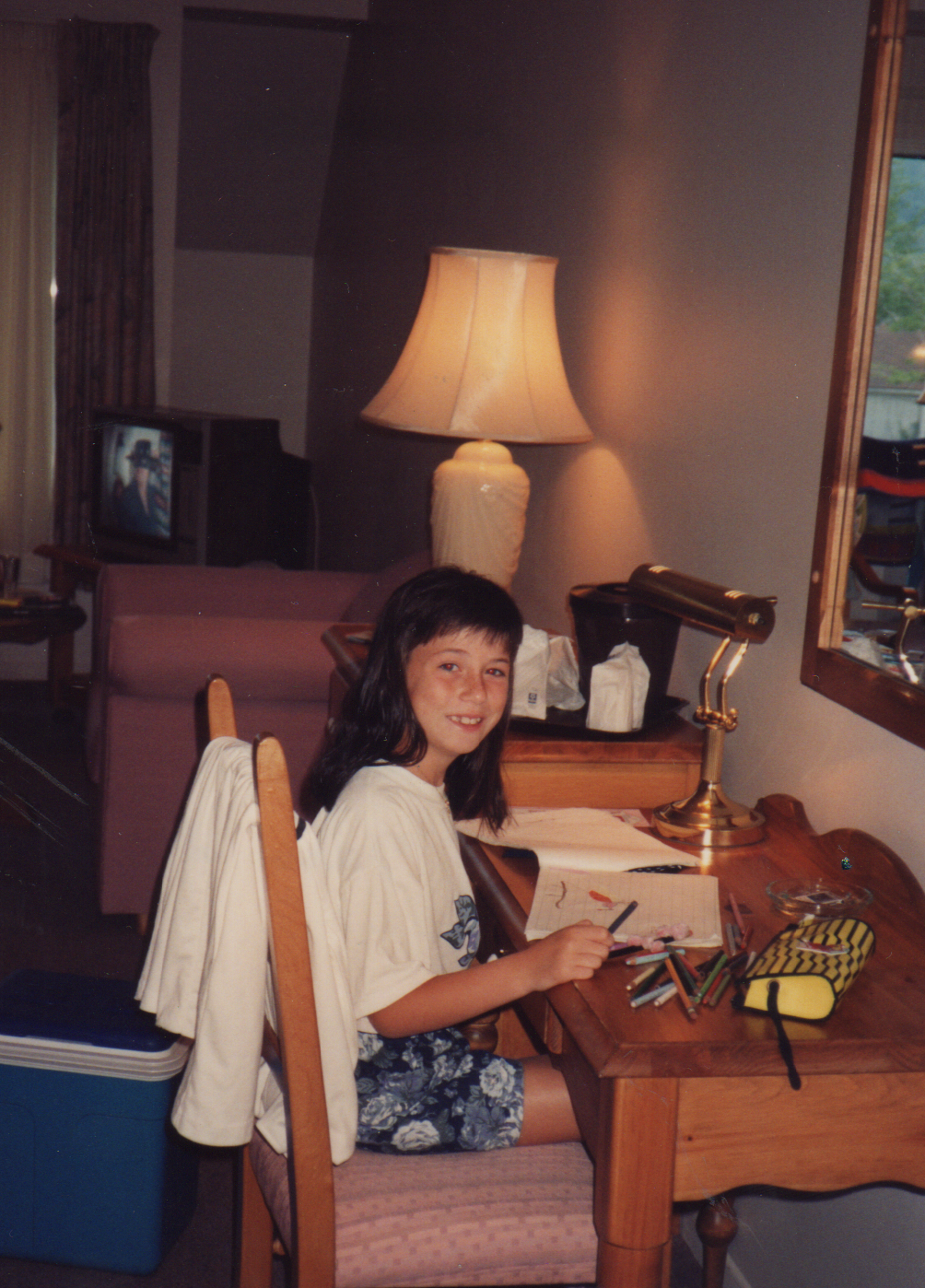 I graduated from Cégep in 2008 when the recession happened. Living with my parents in a small town, I got a job doing infographics for funeral cards, which I hated and quit after four months. I convinced myself that I should pursue illustration more seriously. This led me to my academic life, which lasted ten years. Because I was afraid of settling for a job that I hated when I clearly knew what I wanted to do for a living, I kept studying – studio arts at first, then archival work, and back to graphic design. During these ten years at university, most of my free time would be spent refining my art practice, trying new styles, posting and selling my work online for ridiculously small amounts of money.

I had almost given up on the dream of being represented by an agent when Anna approached me in August 2016, a Friday evening. I was about to begin my first semester of my second bachelor’s degree in graphic design at UQÀM. I could not believe I had finally “made it” when I was just starting university again. I thought maybe school was not necessary when I got an agent finally, but in the end, doing both at once proved to be very helpful. I was living on my own for the very first time, in Montreal, at the ripe old age of 28, with my old friends moving back home to start families. I felt lonely and very behind everyone my age. I went to school in the day and worked as an illustrator part-time on the evenings and weekends, while making a big effort to attend every social event organized by my school because I was in deep need of making new meaningful friendships. This was an important moment of growth for me – as a human and as an artist – because I was finally being part of a community that I adored, and I had a chance in my industry (which was finally booming on social media). My agents Anna and Sylvie had my back.

I continued experimenting and trying to refine my style as an illustrator until the pandemic hit us all. This is where I would say my work started taking the form I’m most recognized for and also where I started getting the most commercial success. One thing I’ve learned is that whether or not you have an agent, what’s really important is all the work you put into your personal style and being consistent with it. It’s really like building a brand, which took me personally so much time because I could not make up my mind on what style I wanted to be labeled with. 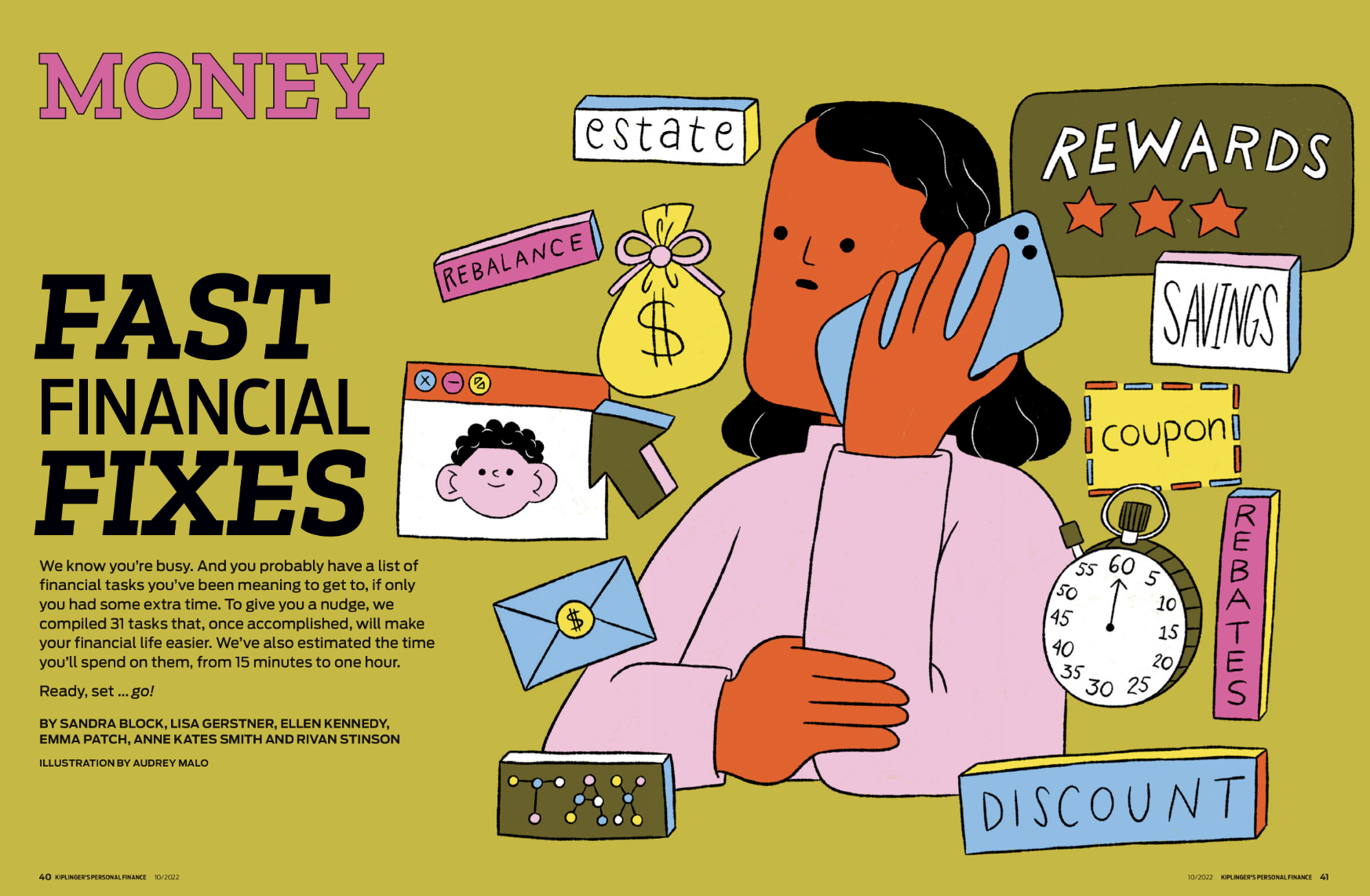 It’s been two years now that I am done with school forever and I work full-time as an illustrator. I could not be more satisfied with what I do for a living. The small Audrey I was as a child would dream of this life and I’m sure she would be proud of us, but also so thankful for my whole cheerleading team behind me: my agency, my family, my friends, my community, my clients and collaborators. Because the most important thing is to be well surrounded and to deeply love what you do. 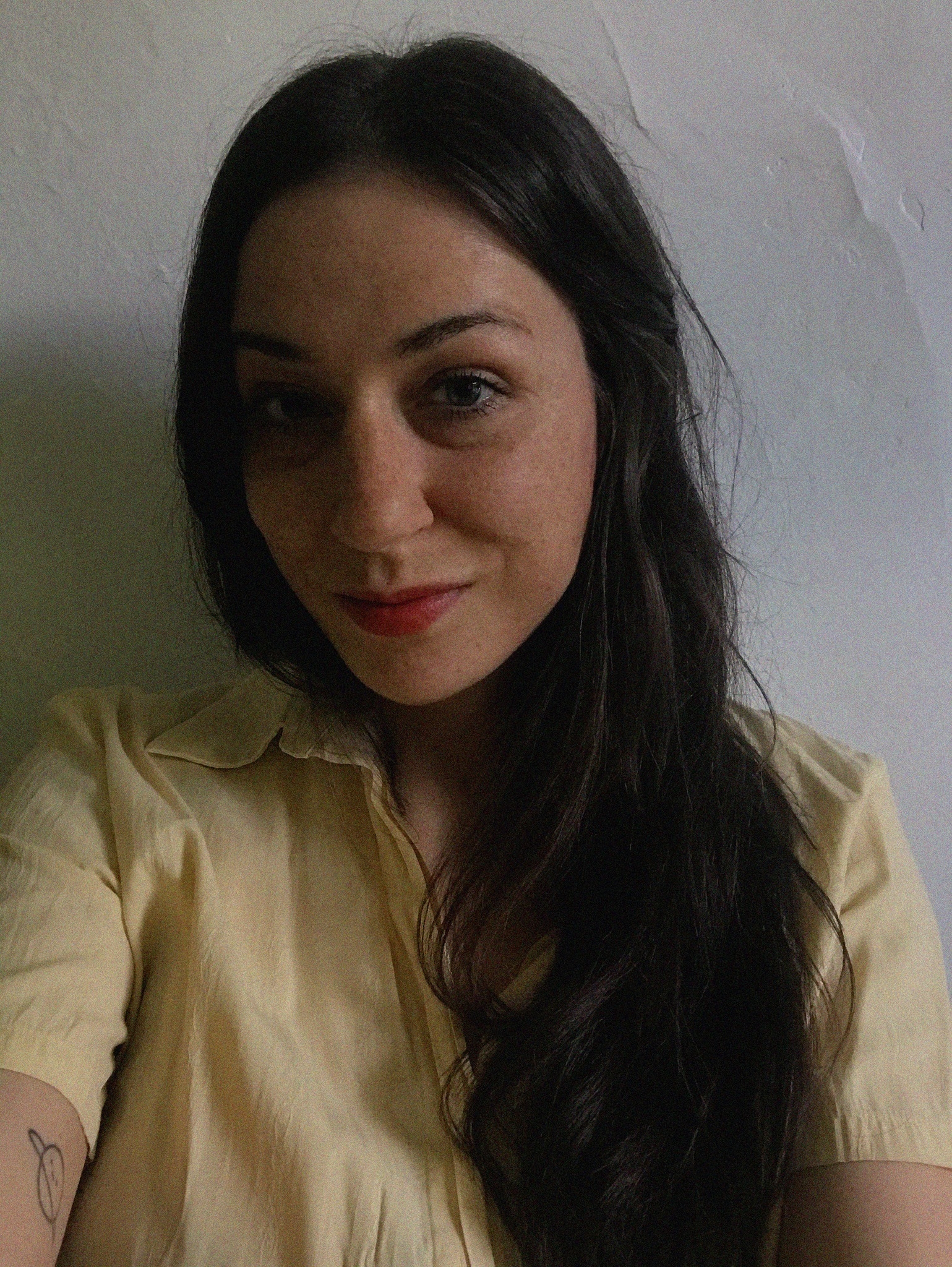