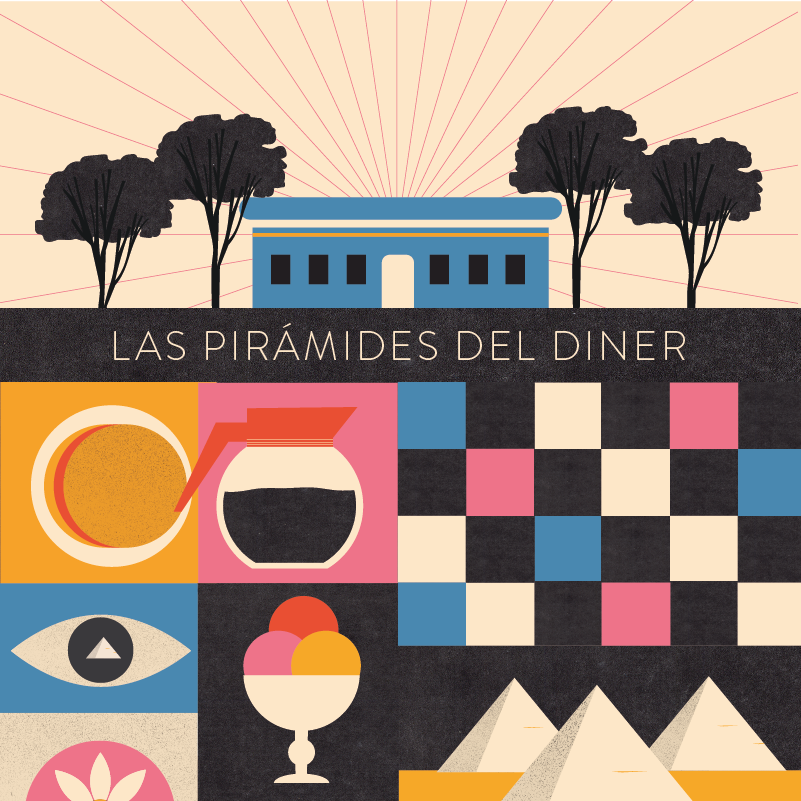 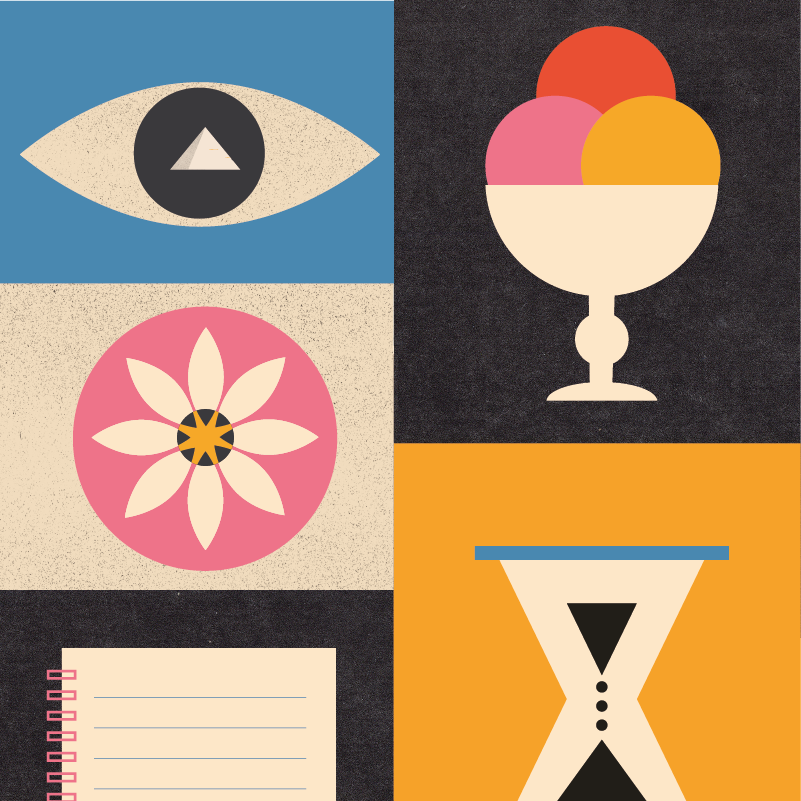 Daniella Ferretti,  was commissioned to create these images of “Las pirámides del Diner” a short story written by Rossana Montoya. The idea was to produce a simple animation, made by Eden Pasies, to accompany the voice narration. The short story tells the experiences of a Peruvian immigrant who begins to work in a restaurant in Miami. It was an open and creative brief and Daniella was inspired by the pop elements of the American culture and Miami art deco spaces. She used a reduced color palette and simple elements to symbolize some concepts in the story.