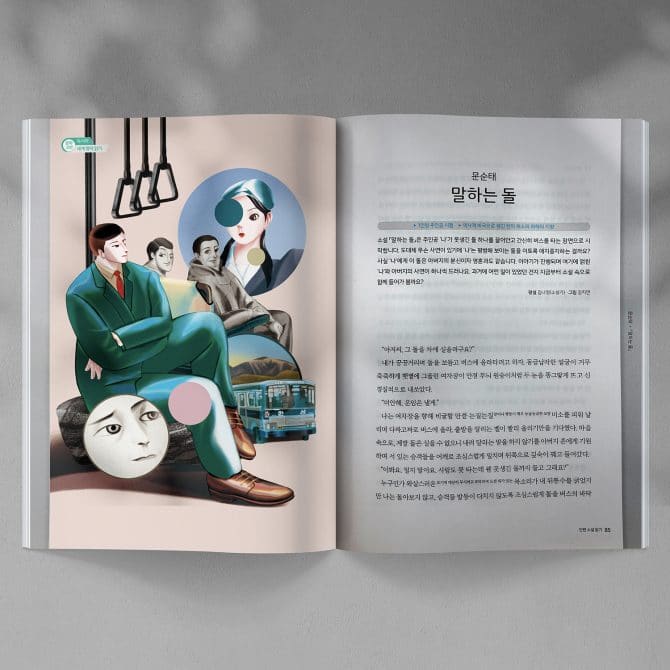 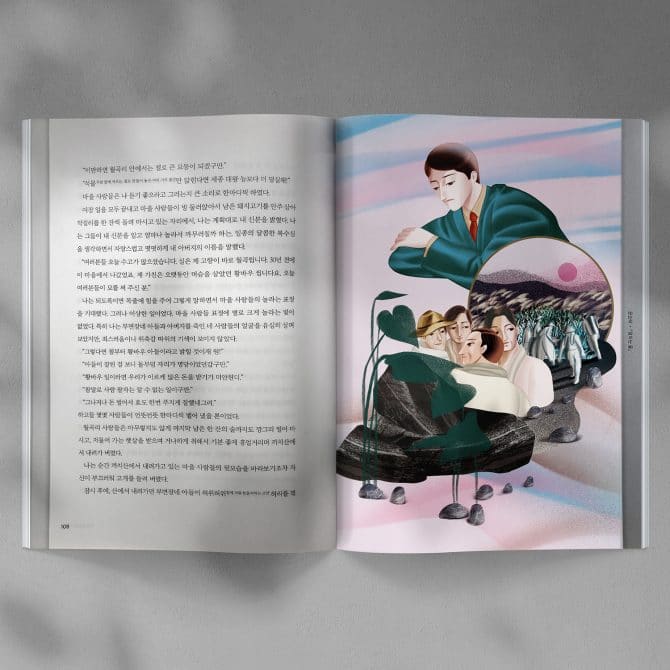 Jiyeun Kang recently did a series of works for a literature book titled Talking Stone.
‘Talking Stone’ might be heard weird, but it indicates a big stone which was placed on the main character’s dad’s body for over 30 years since he was murdered by his neighbours.
They did just because they suspected him a Communist Party member.
It shows well how the Korean War period was harsh for Korean. It mainly talks about the horrors of war, deep scars on human insides, revenge and forgiveness.