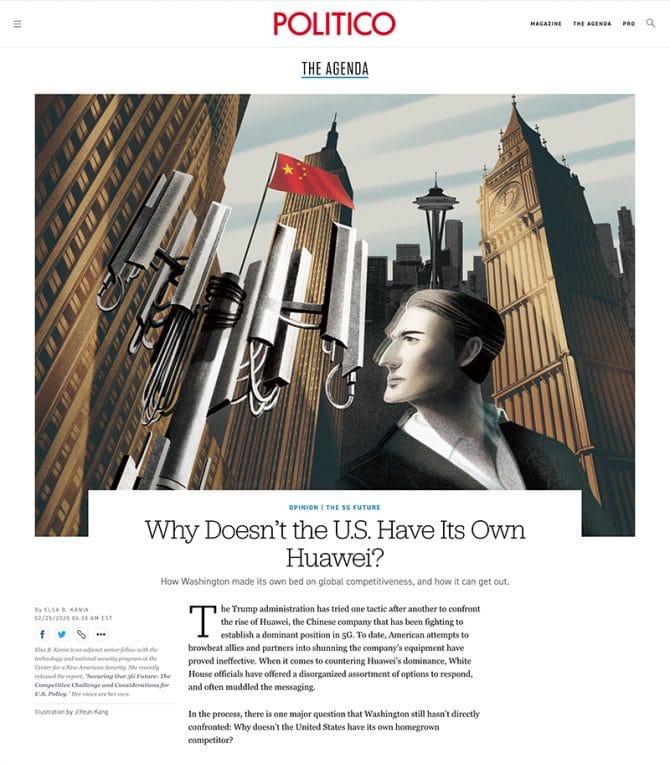 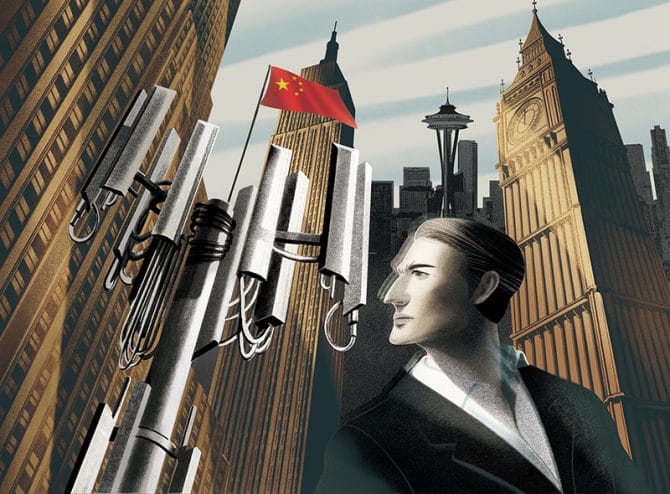 JiYeun Kang was commissioned a piece for an article about ‘U.S. 5G Failures and the Future of American Innovation’. It mainly talks about the US doesn’t have a rival to Huawei and it should. The article says it is because of 20 years of failure to act on the part of American companies and the government.

In partnership with Erin Aulov of the POLITICO, she aimed at to capture the anxious tone with composition and shadows between the cell tower which represents China’s 5G infrastructure and the man which represents that of Europe and the US.
By putting the vivid colour on the Chinese flag and limited, muted colour on other parts, she tried to stand out the subject of this article.