Joe Magee / Courrier International / Whatever Happened to the American Dream? 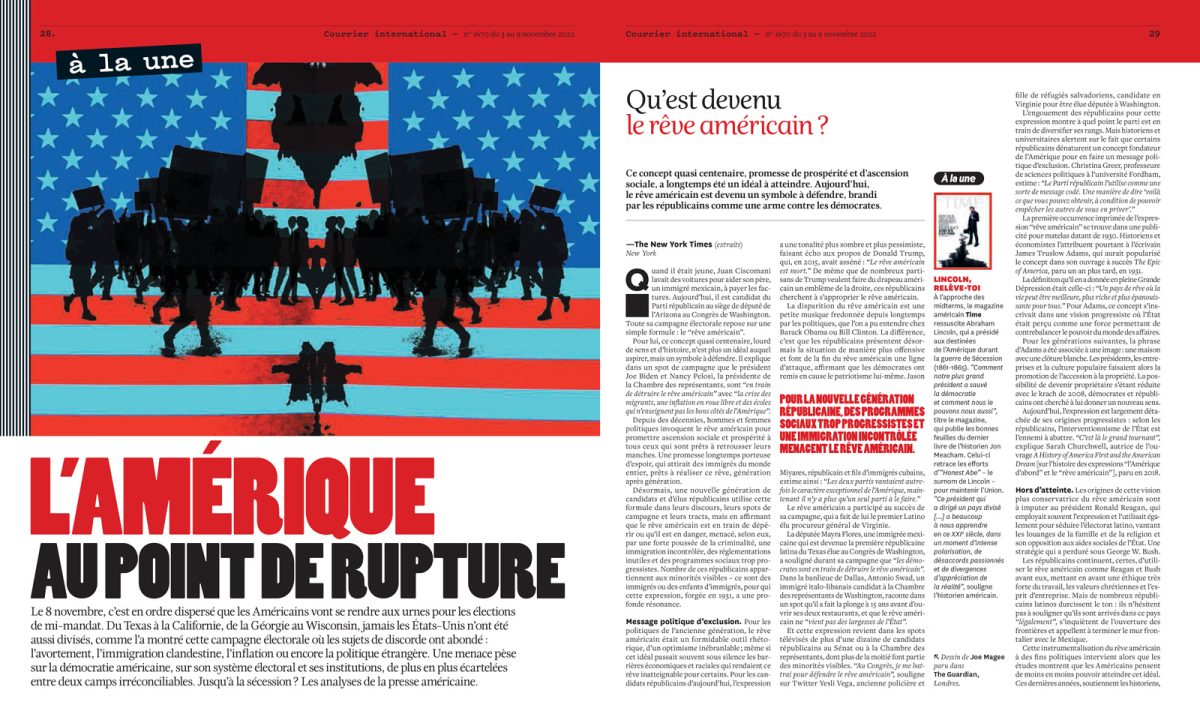 Joe has provided an image for the current issue of Courrier International in the run-up to the US mid terms.
The American Dream, a nearly century-old concept, a promise of prosperity and social advancement, has long been an ideal to achieve. As Americans go to the polls for the mid-term elections on November 8, the United States has never been so divided: Abortion, illegal immigration, inflation, foreign policy – a threat hangs over American democracy, its electoral system and its institutions, increasingly torn between two irreconcilable camps. 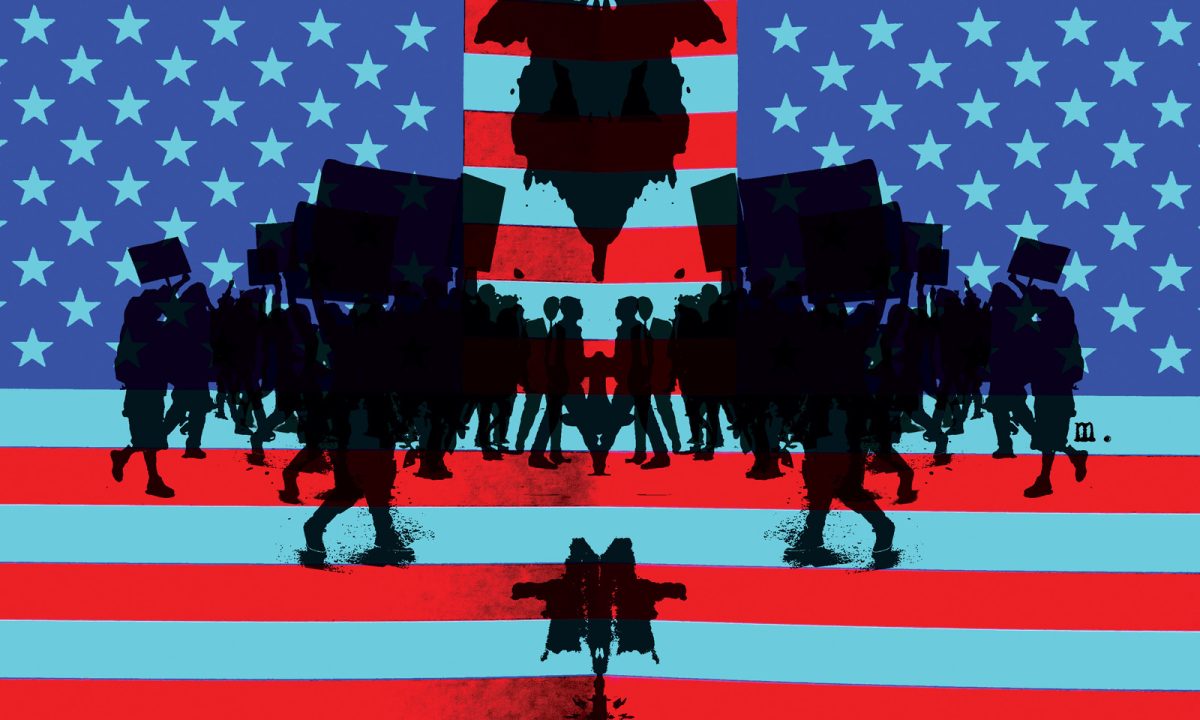