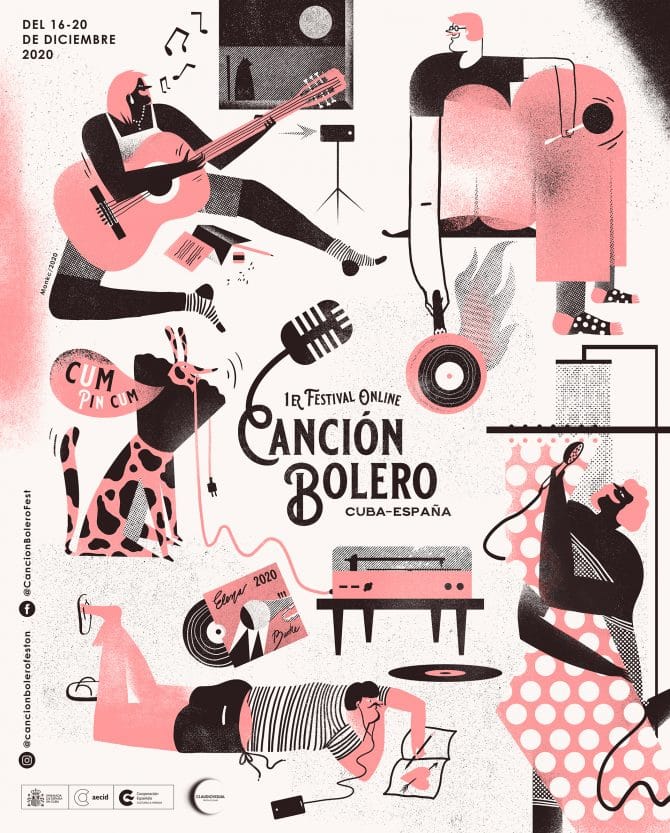 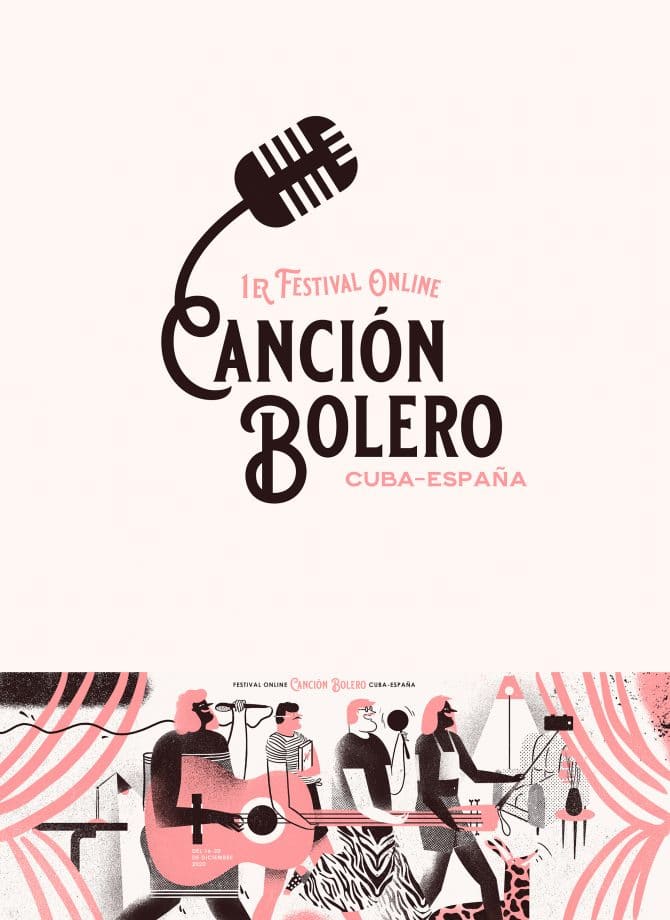 Miguel Monkc was commissioned to design the visual identity, logo and poster for the 1st Online Festival of Boleros, a genre of sung music originated in eastern Cuba in the late 19th century as part of the trova tradition. This genre gained widespread popularity around Latin America throughout the 20th century and continues to thrive.

The illustrations features people playing home activities while they sing and write songs. For Miguel Monkc it was very important to reflect racial and gender diversity in his characters. Playing to reverse the pre-established concepts of gender and activities, he gives his characters roles not commonly seen in Cuban society: a girl playing the guitar, a boy writing love songs, another boy cooking, etc. We definitely love this work!