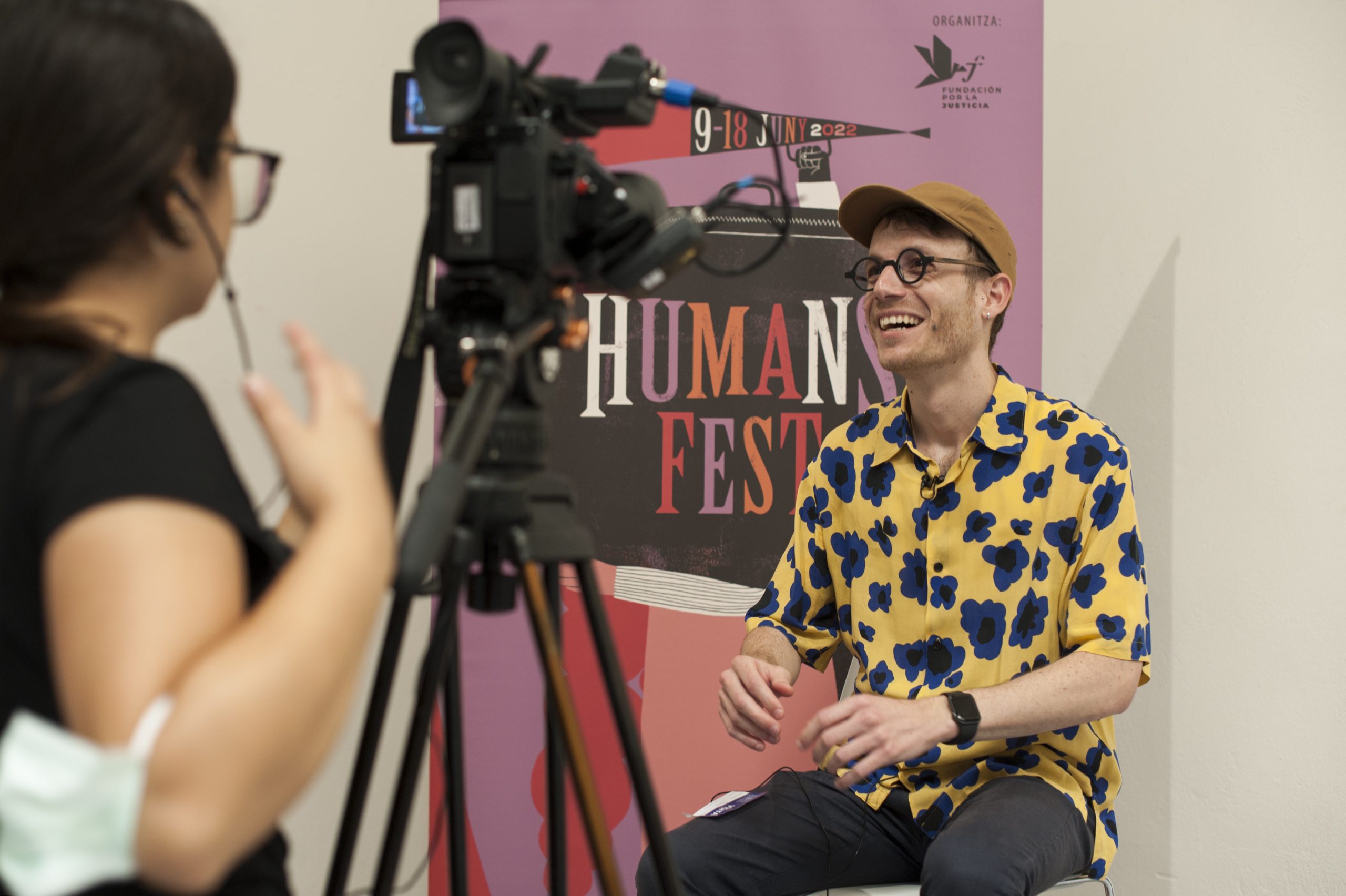 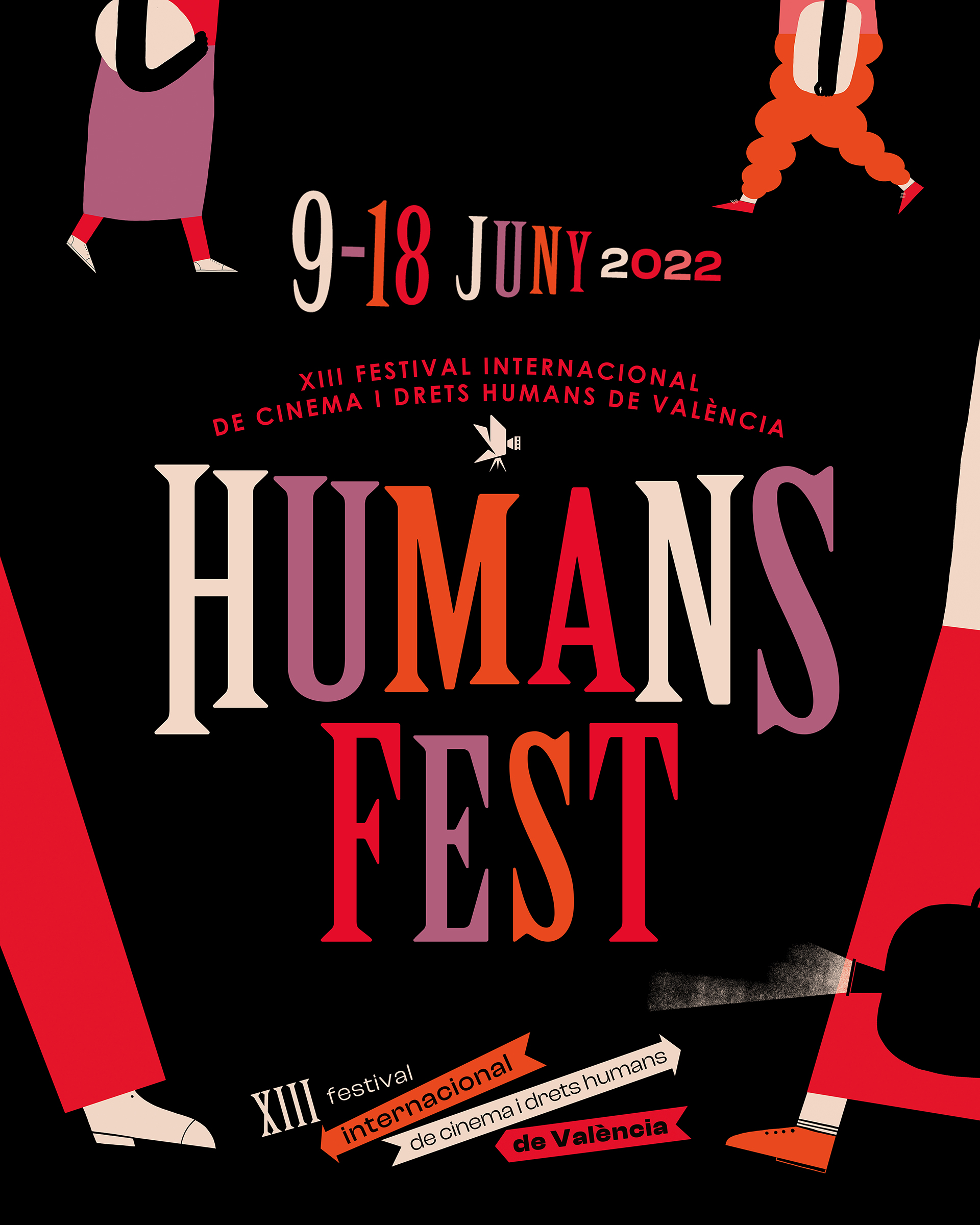 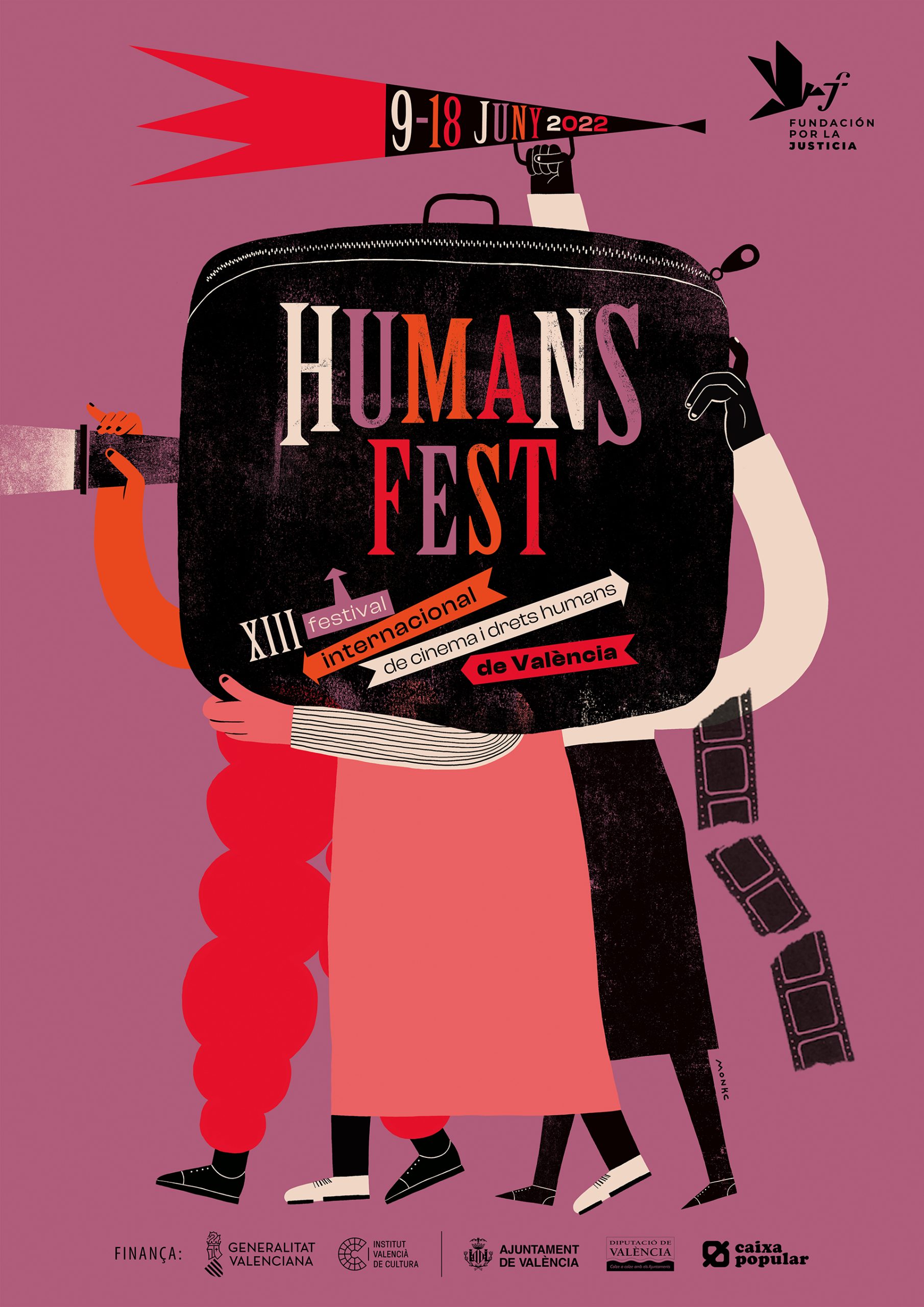 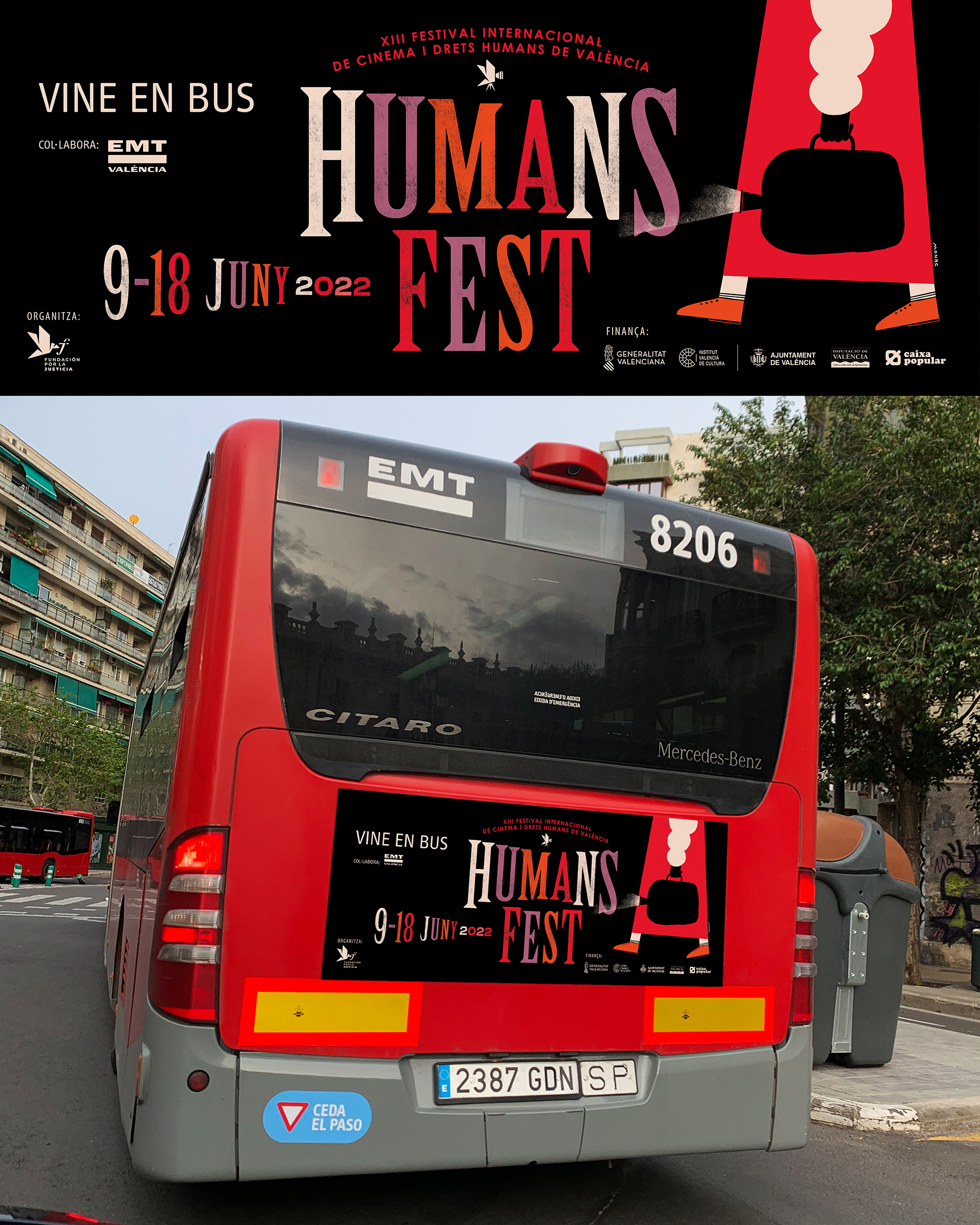 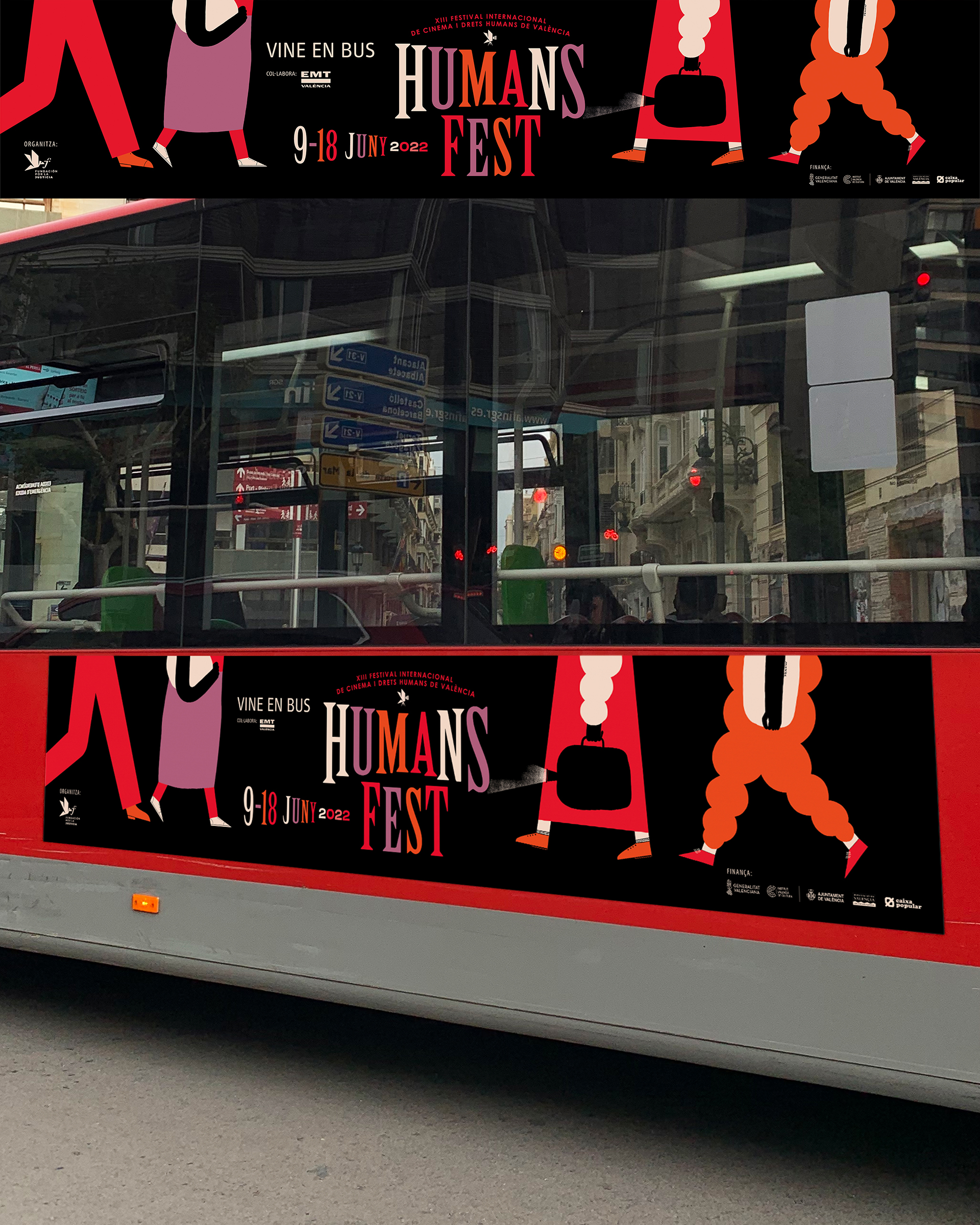 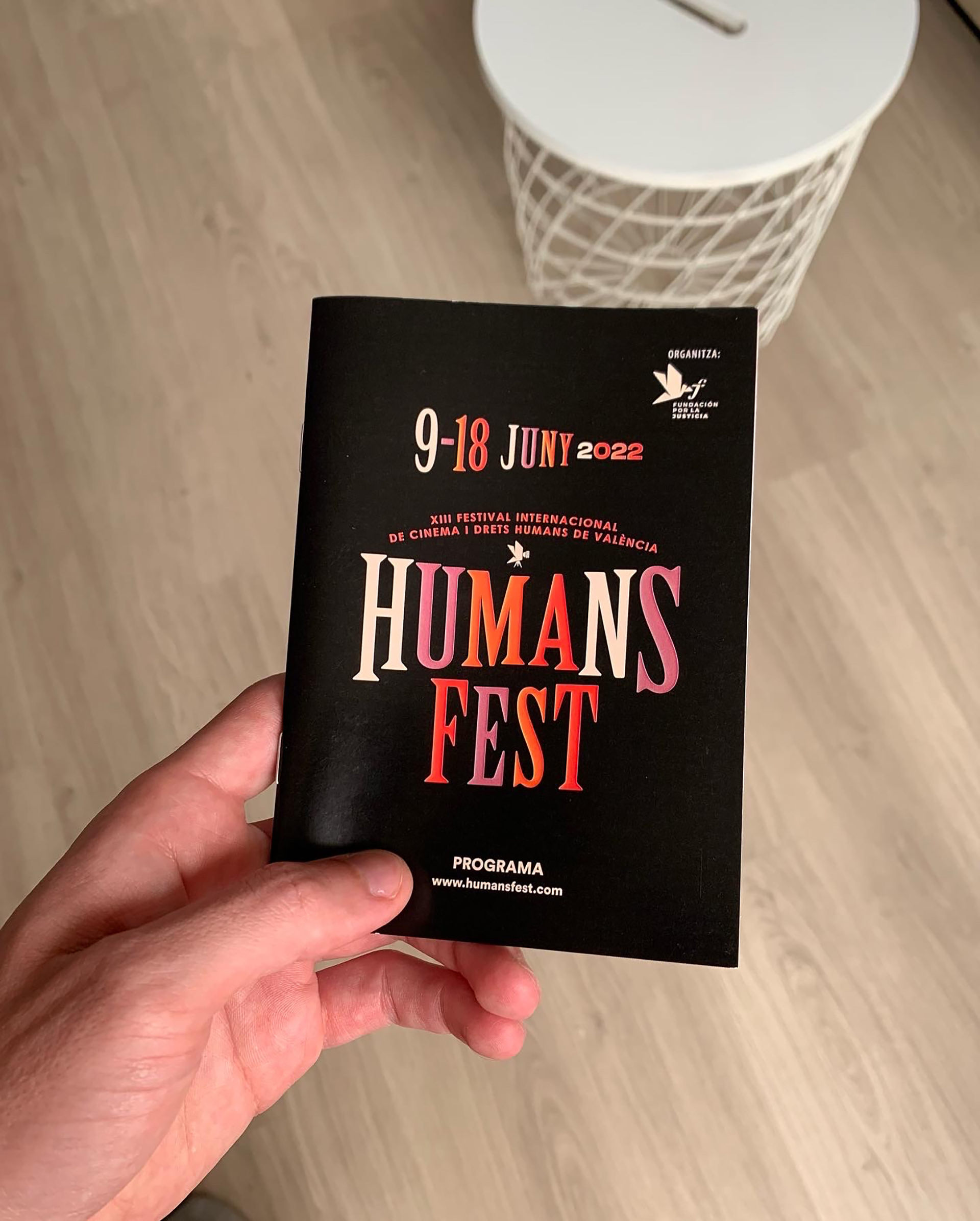 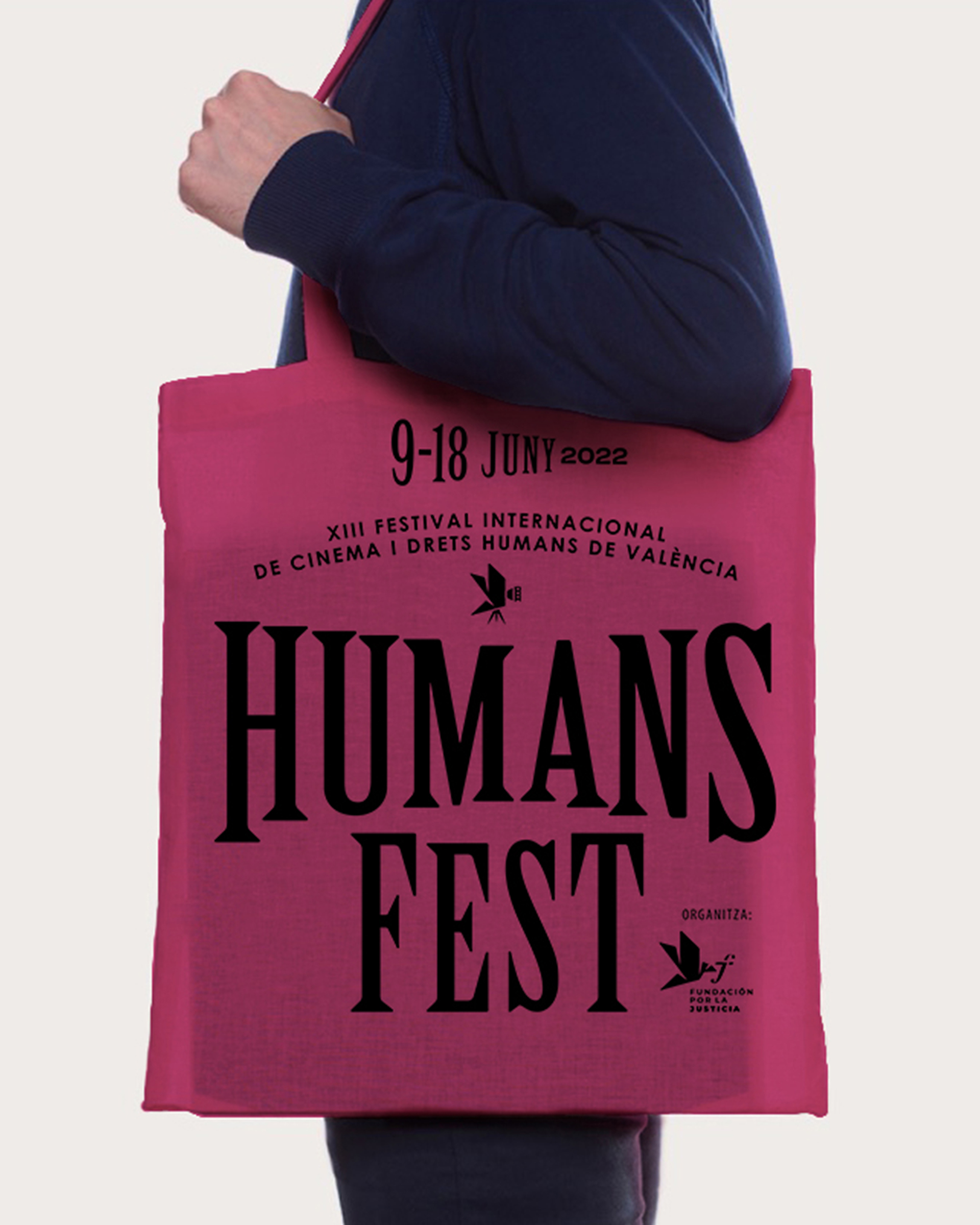 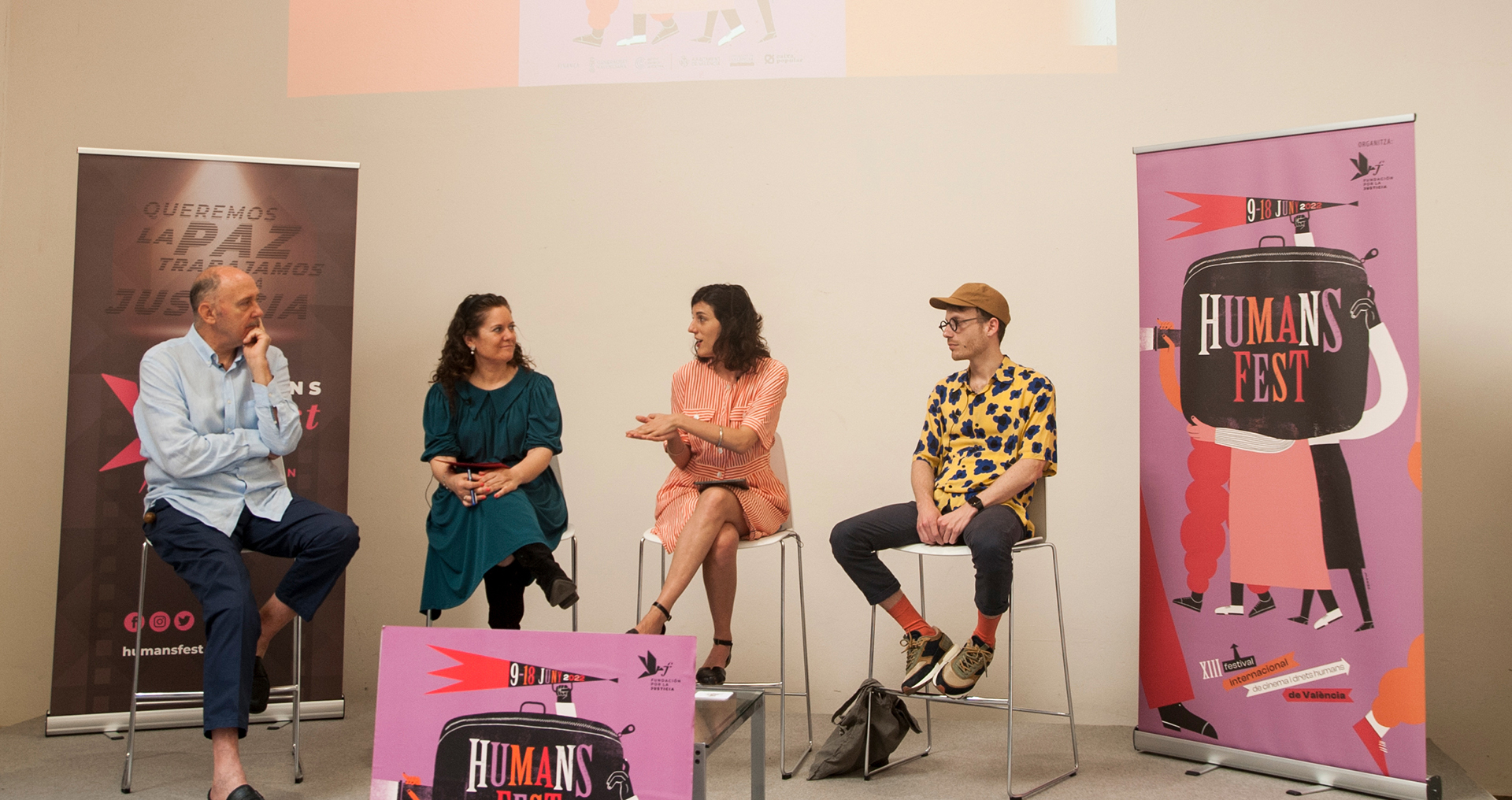 When Miguel received the first call from Majo Siscar, director of this film and human rights festival of Valencia to commission the poster and graphic campaign of the event, Miguel jumped on his chair of happiness. In that call, the director mentioned that the festival would dedicate this year’s edition to cinema, immigrant rights, racial diversity, LGBTQ+ and feminism. She told him how much she liked his work and her desire to work together. Miguel on the other hand confessed to her that he felt very identified with the values promoted by the festival since Miguel is also a gay artist and immigrant.

The concept that connects the entire campaign is the vulnerability of immigrant rights and their invisibility. Miguel worked with a very interesting metaphor, merging the symbols suitcase with a projector and film camera held by a group of diverse and predominantly female people. The loudspeaker at the top of the poster shows us the concept of cinema as a means for protest. Among the designs that Miguel created were the official branding and poster for the event, two advertisements for local buses, a beautiful magenta tote bag, a program brochure, a photo call, and web and social media banners.