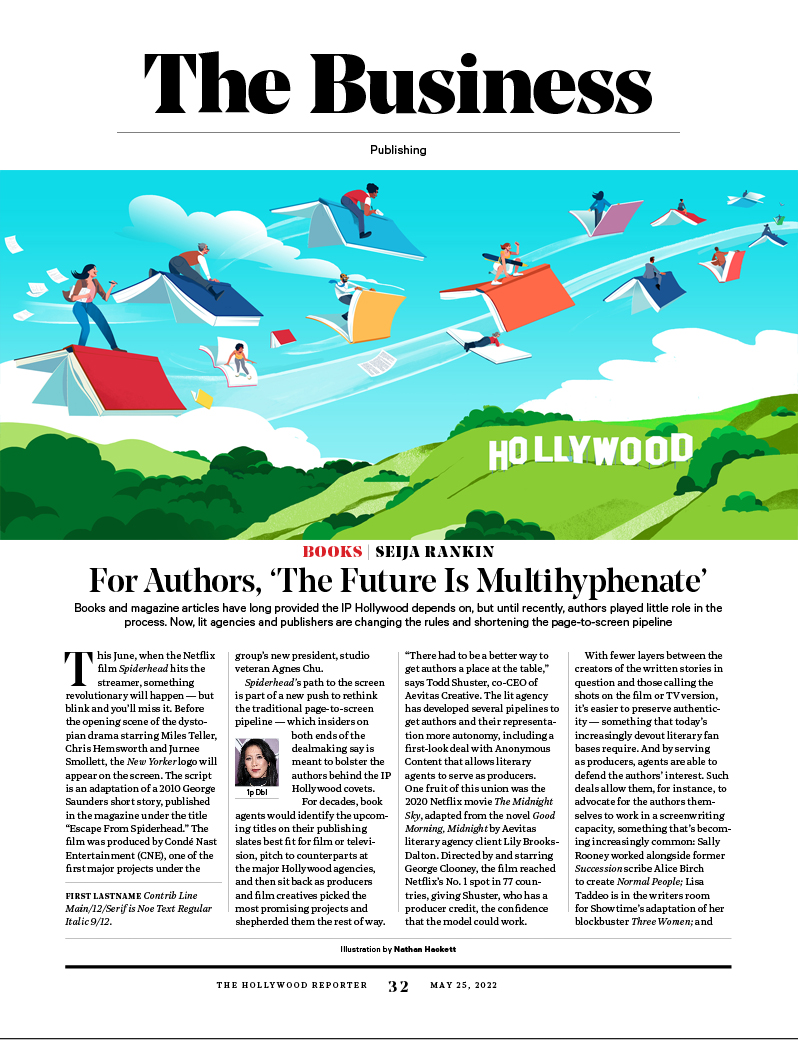 Nathan was asked to illustrate for an article in The Report of The Hollywood Reporter that told of the difficulties of filming during the Covid epidemic.

Set in the 1950’s and with the obstacles of set dressing for the period, the usual freedoms of filming in New York were restricted and the making of the show had to be shot in the studio, which in turn relied on the creativity and quick problem solving of the crew.

Needing a quick turnaround, Nathan illustrated the onset adjustments in the making of The Marvellous Mrs Maisel and utilized the shows aesthetic to balance the visualization of the epidemic in New York with the marvellous crew.