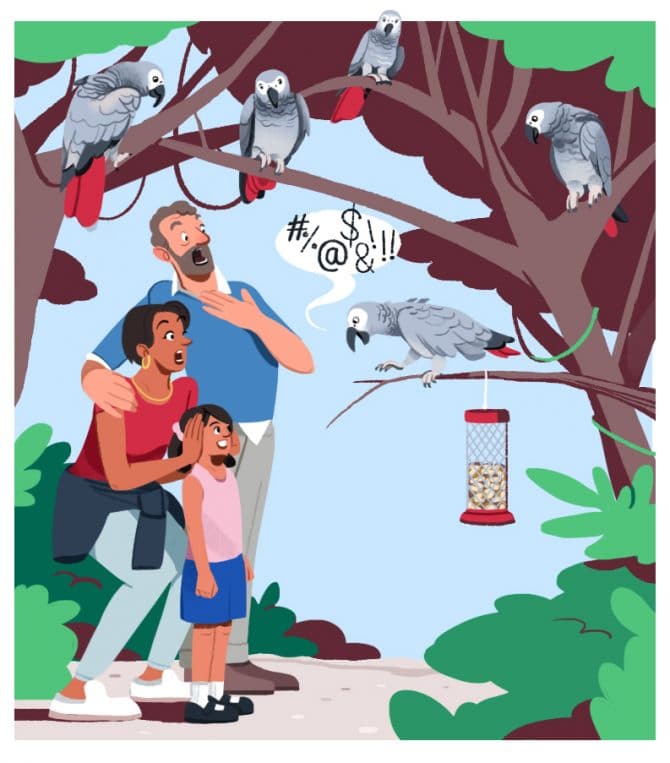 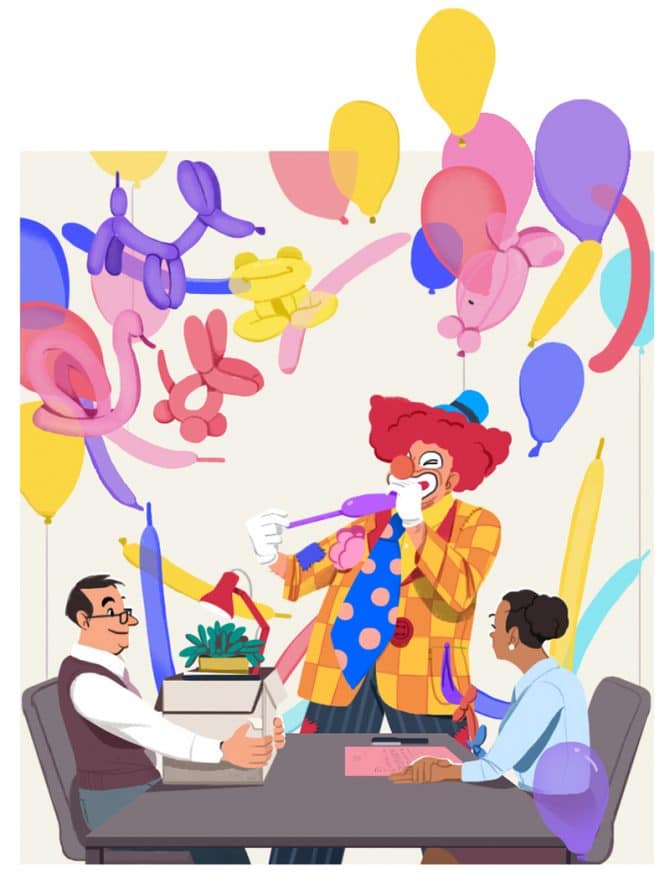 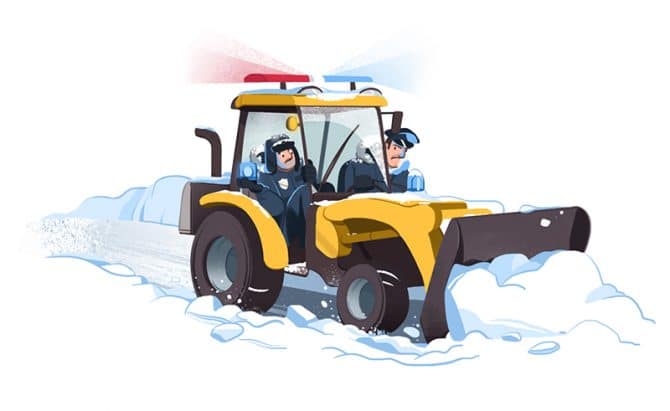 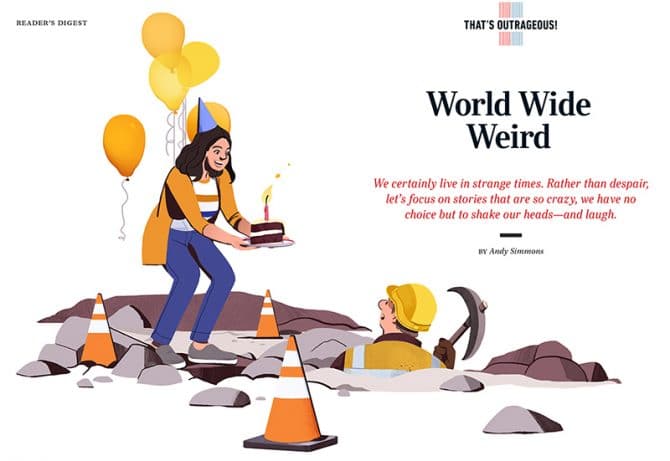 Nathan Hackett was asked to illustrate for the Readers Digest September issue on an article that is a compilation of some of the stranger and light-hearted stories from the internet, written and curated by Andy Simmons.

Written as a break from the typical drudgery and misery of news at the moment, the story covers such stories as a man in New Zealand who hired a clown for his ‘pink slip’ meeting at his work before he was laid off, the African Grey parrots in a U.K zoo who the wildlife workers couldn’t get to stop swearing and a man in the Ukraine who faked an emergency call to the police so his street would be plowed.

The stories were embellished with six spots and a two page illustration to open the feature and reflect the bizarre and funny tone.