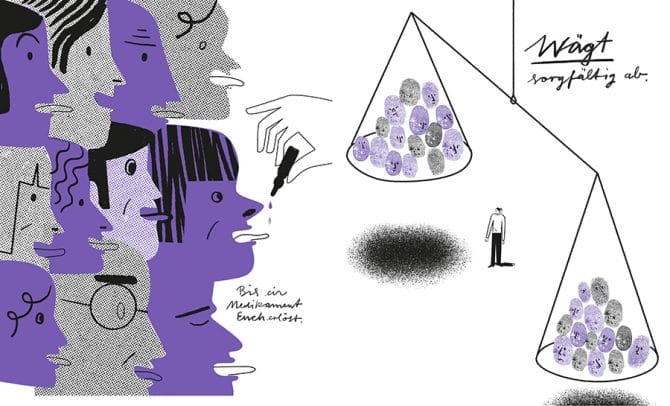 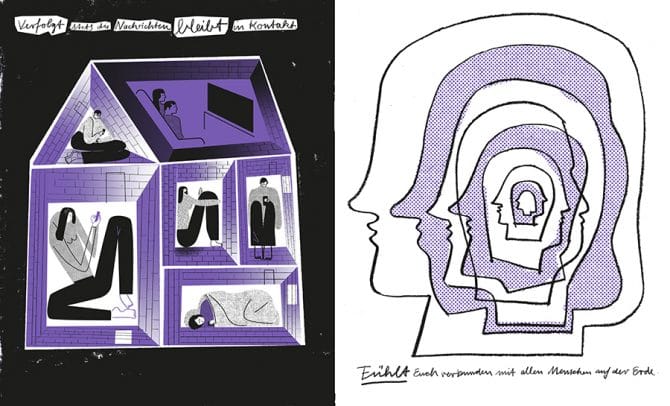 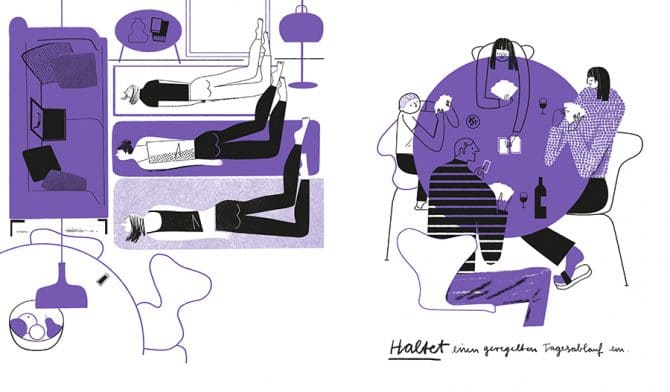 Stephanie Wunderlich who is co editor of Spring Magazine contributed the story “Close the doors” about the corona shutdown for the current issue #17 “Ghosts”. SPRING magazine was founded in Hamburg, Germany, in 2004 by the same-named collective of women artists. Every year since then, the group has published a new monothematic issue of the anthology, which is an unusual combination of comics, illustration and free drawing, realised using a wide variety of visual narrative techniques.
SPRING is independent and non-commercial. Since its beginning, the group has consisted only of women and has become a solid and important network for women artists in Germany.