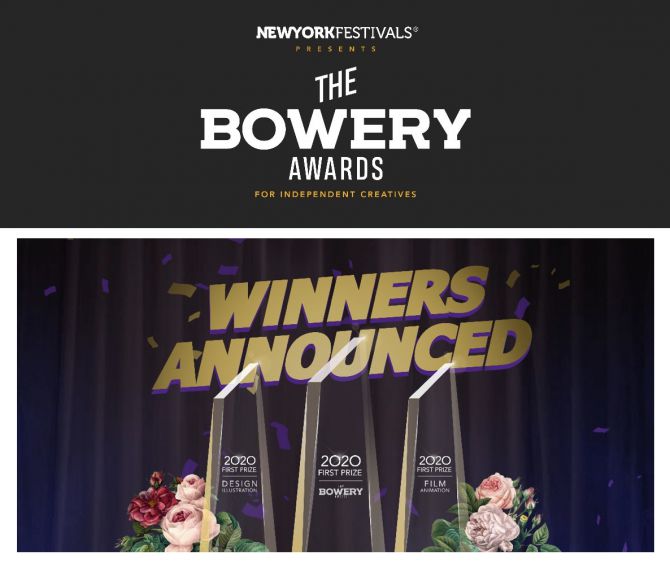 We are absolutely thrilled to have had several of our illustrators selected in the inaugural year of The New York Festivals Bowery Awards!

” With stellar work entered from around the globe, it was a highly competitive competition that took three rounds of judging, from a world class pool of jurors, to determine the winning work”.

Anna Goodson who was also on this year’s jury, refrained from judging any of her Gang’s entries,  she did however encourage her artists to enter.  ” I was impressed with the list of judges and strongly encouraged my artists to enter.  I was also very excited and honoured to be part of this year’s line up of international jurors.  I’ve been on several international creative juries, but rarely saw such awesome work, ” said Goodson. 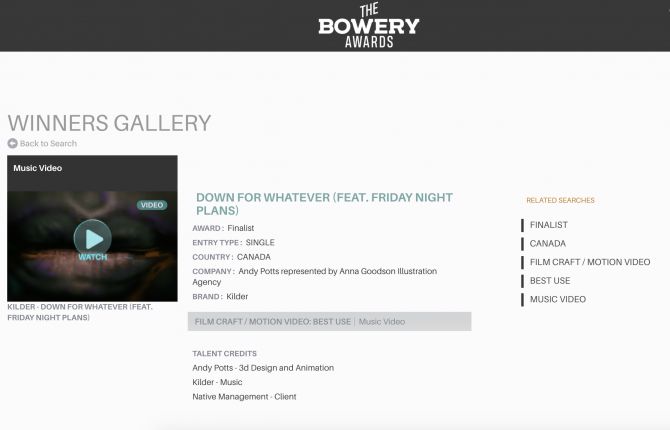 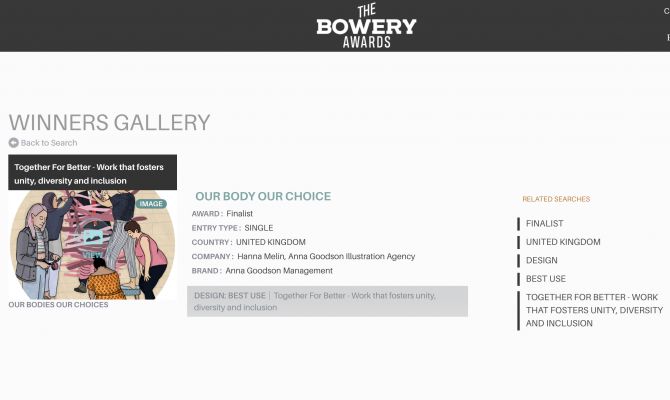 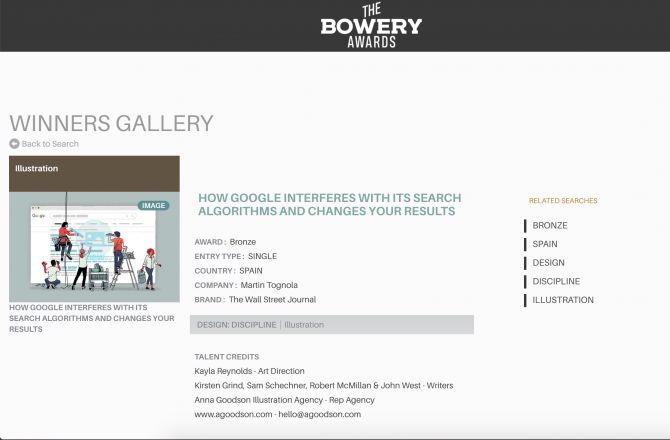 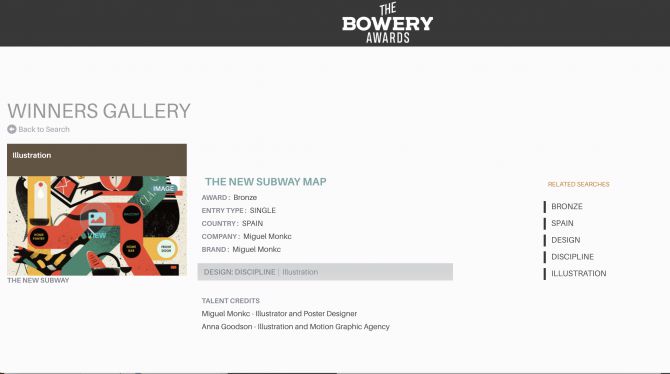