Anna Goodson Illustration Agency, has been one of the industry’s most respected international illustration agencies since 1996. Their secret sauce? Fiercely celebrating the diversity and authenticity of their artists’ journeys. In the months to come, the agency will be sharing stories told directly by its artists in their own voices – their unique answers to one shared question: “How has illustration changed your life?” Anna on the far right in Barcelona with her Gang 2022

Anna Goodson, the agency’s Founder and President, shares how illustration has changed her personal and professional life.

“When I launched my illustration agency almost 30 years ago, my main objective was to have fun and work with creative people. I wanted to change lives and discover unknown illustrators. I wanted to take on people who I believed had talent but that no one else would take on because they hadn’t yet made a name for themselves. I wanted to represent illustrators who shared my vision, international illustrators whose work I loved but who were also people I liked and respected.”

“Being a women entrepreneur and being gay made me even more committed to cultural diversity and more sensitive to the challenges we all faced as minorities,” Anna says. “I promoted and talked about cultural diversity because it affected me personally, not simply because it was trendy. Working in the illustration industry allowed me to be involved in the causes I believed in. Using illustration was a way to help share some of these personal messages.” 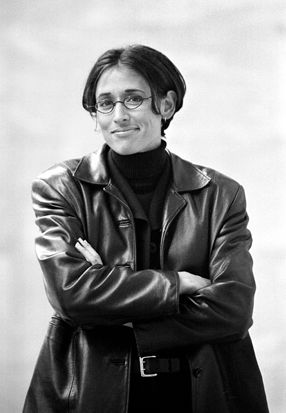 Anna explains her vision behind the agency’s motto. “I always felt that ‘Art Speaks Louder Than Words’ and, though I don’t draw myself, I collaborate with my Gang in hopes to change the world through art.” 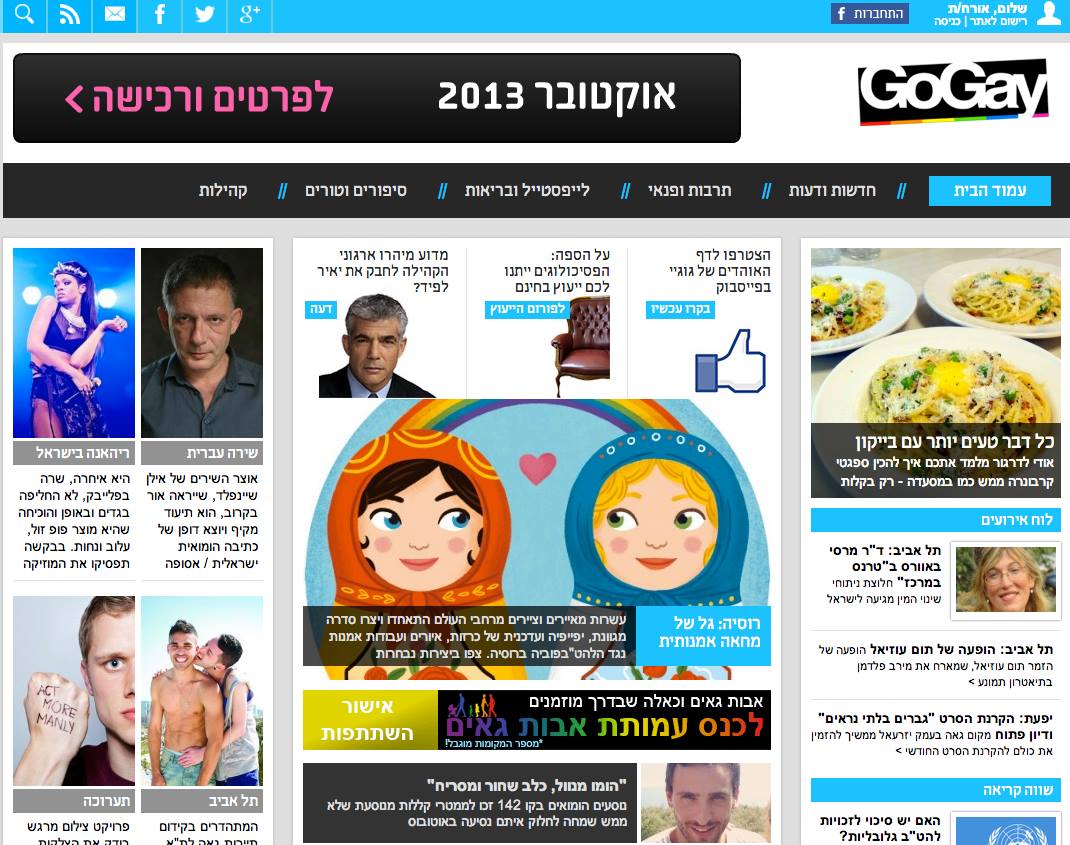 This article in an Israeli newspaper talked about the series of coasters we created in protest of the way the LGBTQ+ community was being treated during the Sochi Olympics back in 2014.

“Over the years, being involved in illustrations has allowed me to work with people from many different cultural backgrounds and from around the world. Many of the illustrators in my Gang have been with me for a long time and many are personal friends” 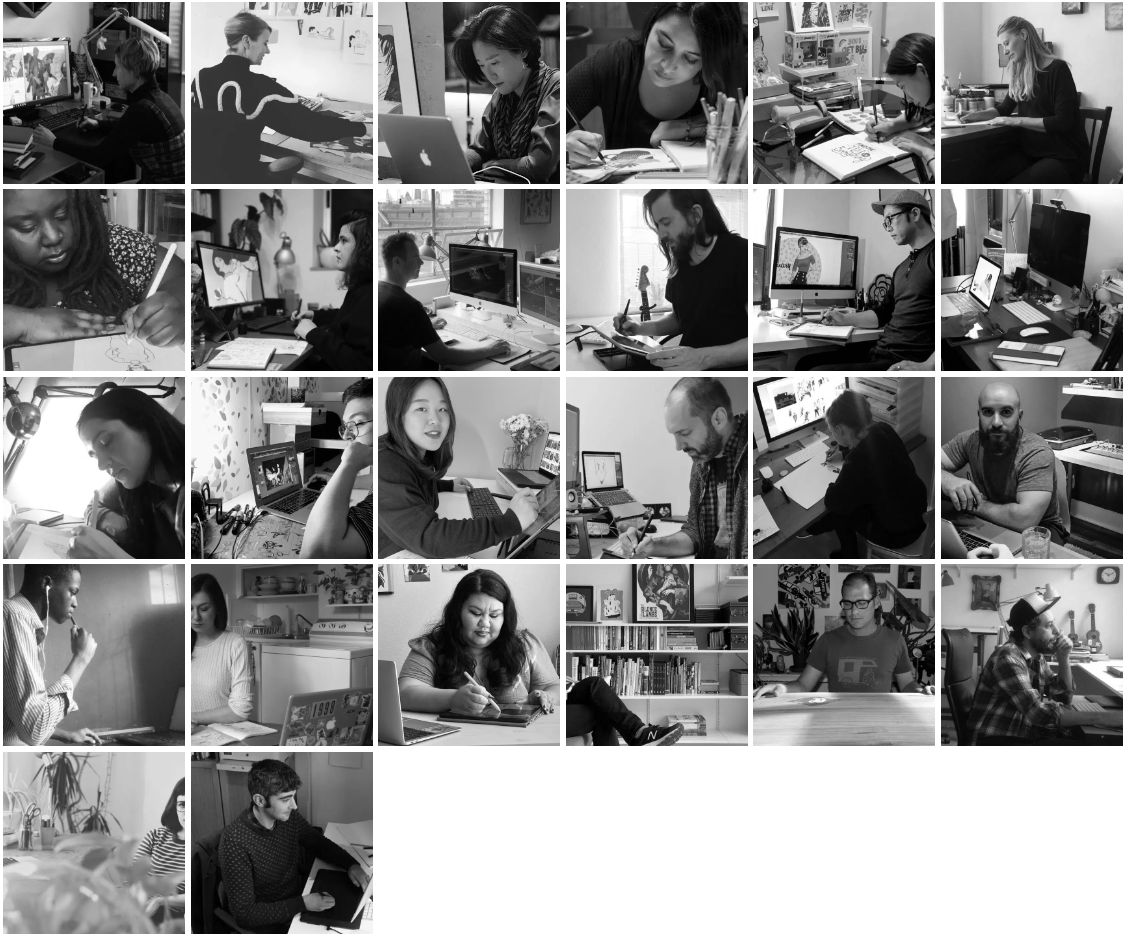 “It’s quite impossible for me to separate my professional life from my private life since both are so closely intertwined. My kids have always been my priority and I’ve always had them around when I work.  They see how passionate I am about what I do.  My house is filled with art, much of which comes from the artists I represent or have represented in the past. My kids often scroll through our website and sometimes sit with me when I’m editing news. They know the artists I represent and can identify their work when they see it in a magazine or online.” 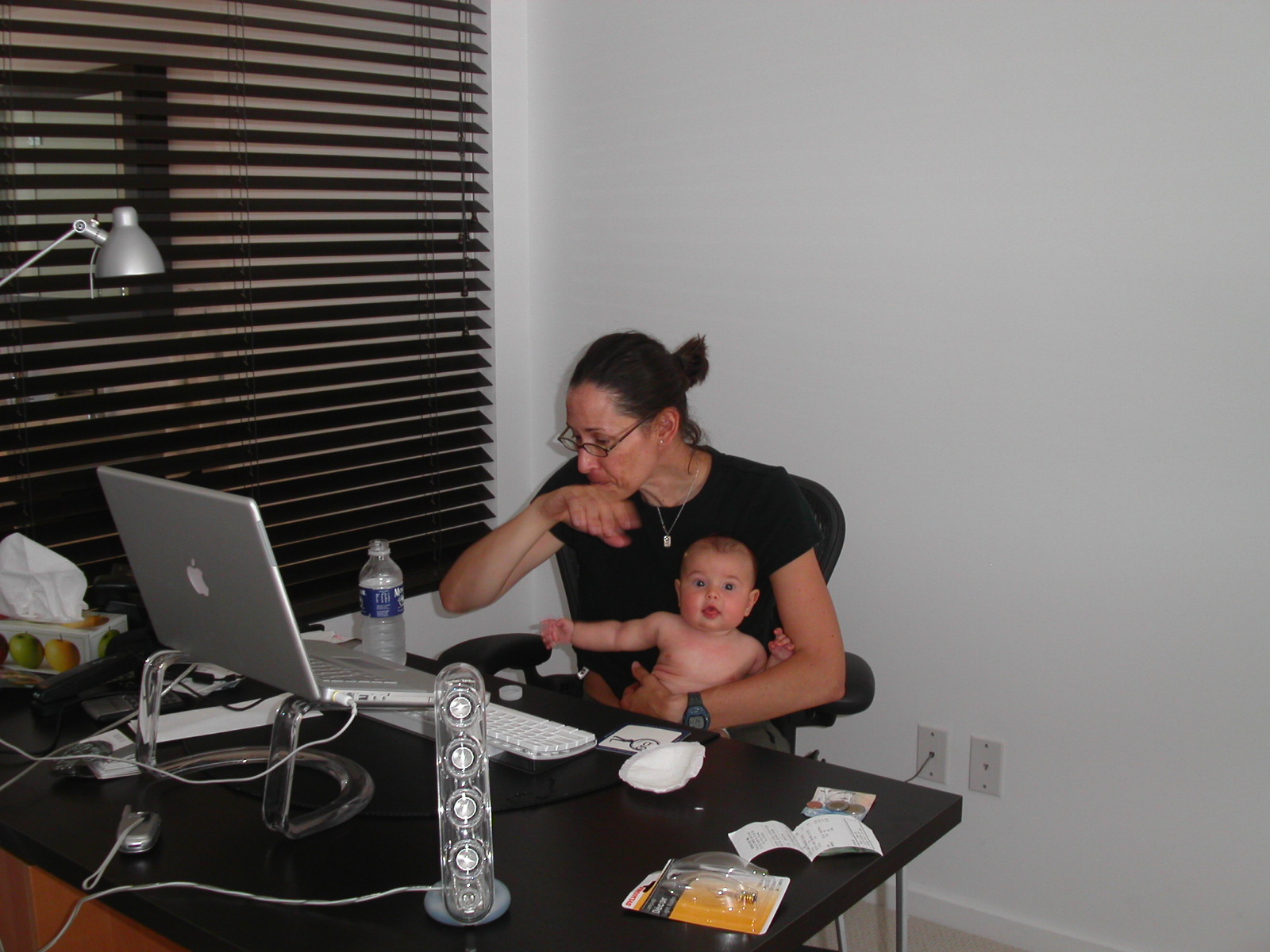 “I’ve had countless discussions over the years about the illustration industry. I’ve encouraged illustrators to produce their best work and I’ve looked at thousands of portfolios. I’ve had the honour of being a judge for several international illustration competitions and I’ve given many lectures and podcast interviews about the illustration business. I’ve created promotional campaigns to ‘Work for Free’ in support of non-profits and I’ve created Coaster Promos with important social and political messages to hopefully somehow, in our own way, contribute to changing the world and making it a better place. 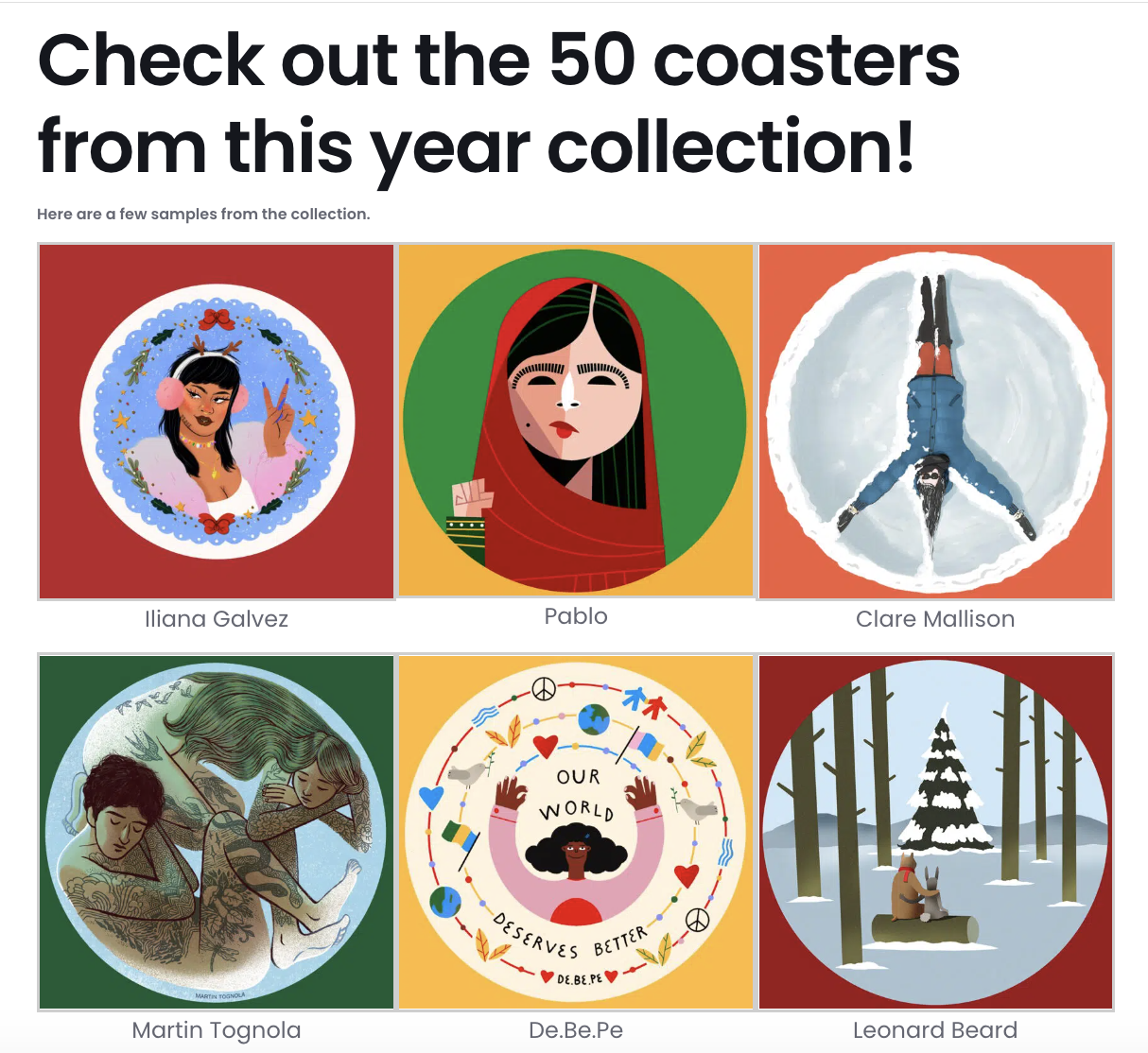 This collection was about promoting Peace & Love 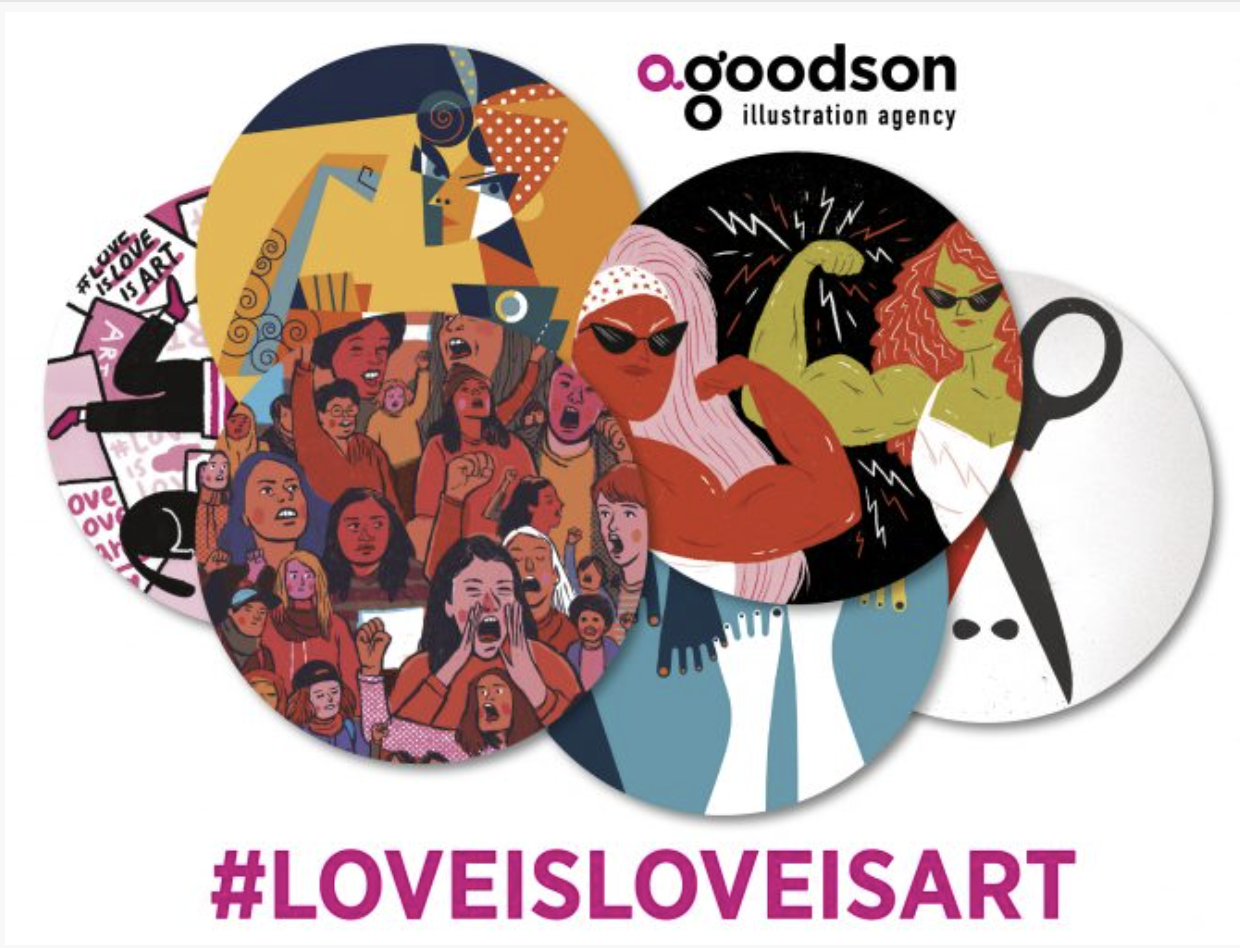 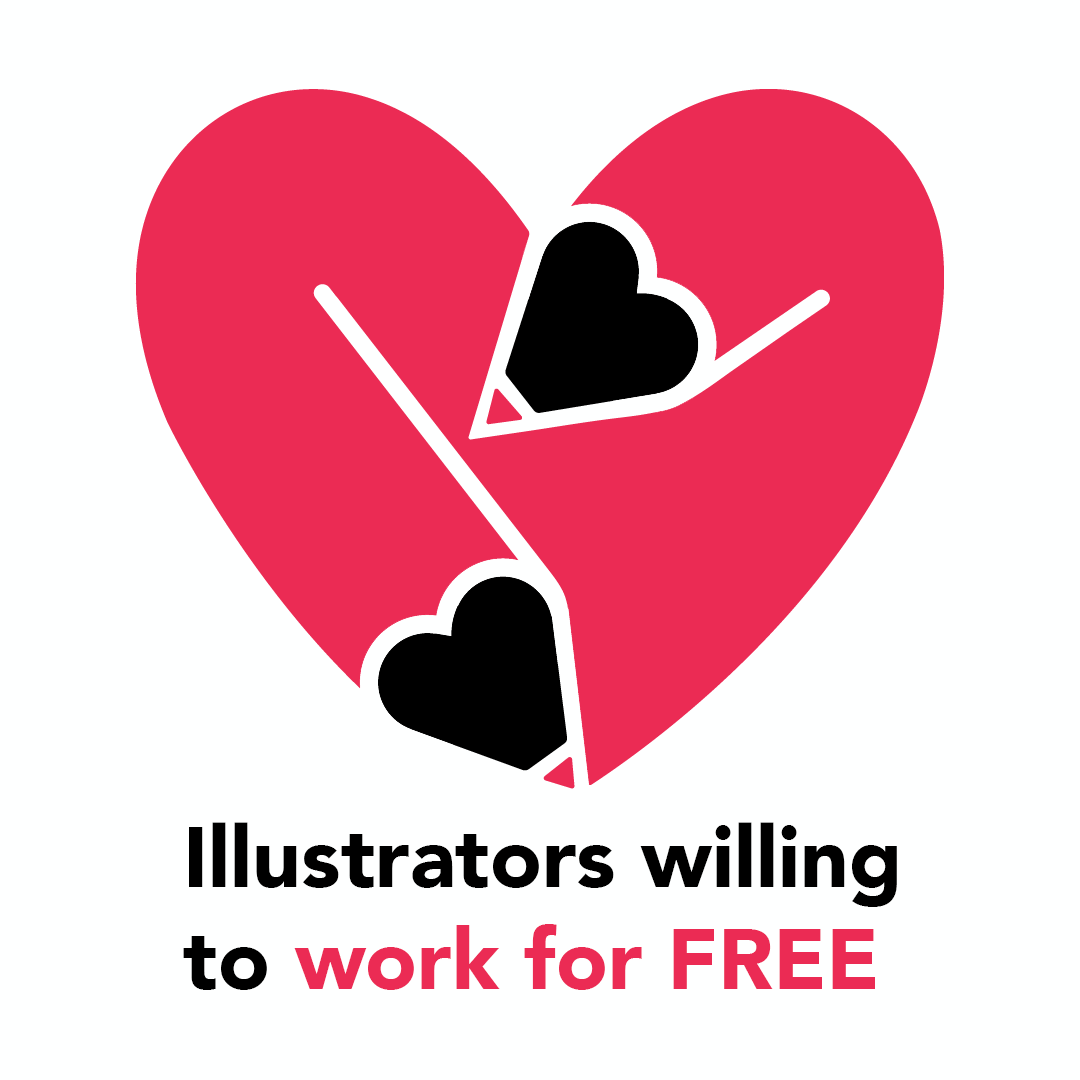 Anna often works closely with new illustrators in her Gang who are just starting out and guides them to create illustrations on subjects that have a meaning for them.  She encourages them to create personal pieces that they feel strongly about and to use this opportunity to make a statement. One such illustrator that Anna worked closely with was Oboh Mosses.   Anna had him  work on a personal piece to express his feelings about the horrors of what is going on in Nigeria with the kidnapping of young school girls. ” Oboh and I had a long conversation about what is going on in his country and I felt he could come up with a strong personal piece expressing these feelings.  We brainstormed together and I challenged him to create this very strong personal piece ”Bring Back Our Girls”.  I wanted him to enter it in American Illustration and felt it was an award-winning illustration.  In the end, it was selected and I couldn’t have been more proud.  Illustration sometimes is all about the journey. ” “Illustration has changed my life because of the people I represent and the people I work with. It has allowed me to change the lives of hundreds of artists over the years. My life would not have been the same without my involvement in this industry. It’s my passion for illustration that drives me, and it is incredibly rewarding work.”